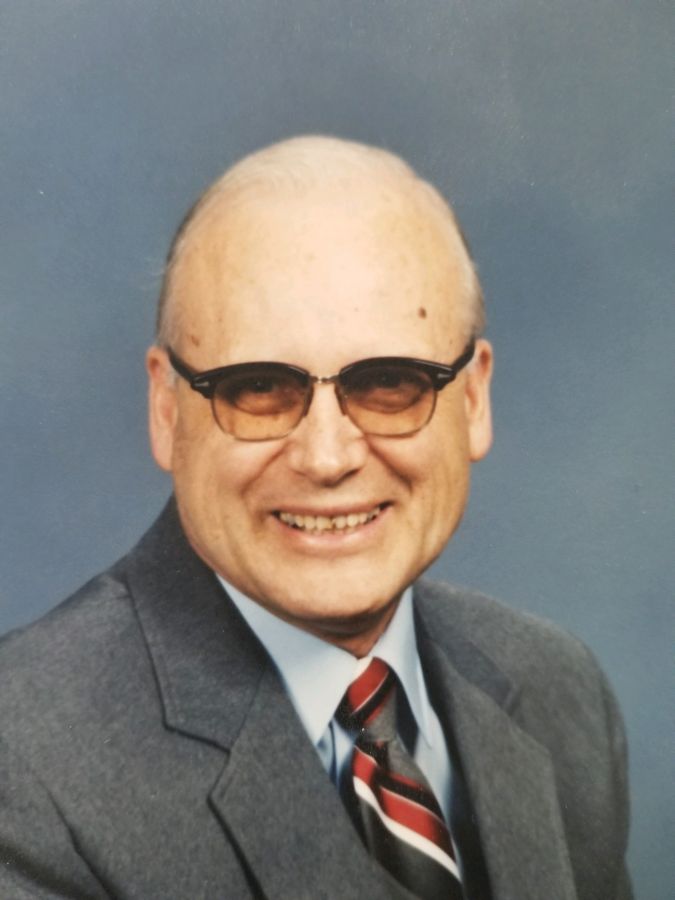 Calvin Thomas Harwick, age 92, passed away on June 5, 2021 at his home in Rochester, Minnesota. Calvin was born on June 5, 1929 to parents Tom and Gertrude Harwick. He lived in Kasson and attended grade school until moving to Rochester as a teenager and graduated from Rochester High School in 1947.

He married Beverly Bjork at the Methodist Church in Dothan, Alabama in 1951. Calvin served in the National Guard and active duty in the U.S. Army in Korea during the Korean War. He received the Combat Infantryman's badge, The United Nations service medal, and Commendation medal.

Calvin worked at the former Tom's Electrics for 24 years until it sold it 1967. He then took a position doing electrical maintenance at Mayo Clinic until retiring in 1991. He and Beverly traveled the country from coast to coast and border to border. In his free time, he enjoyed being outdoors, going boating, fishing and hunting. His other favorite hobbies included watching old movies, doing word puzzles, and wood working.

He was a member of Trinity Lutheran Church and several veteran organizations, and a founding sponsor of the U.S. Army Museum in Arlington, Virginia.

Calvin was preceded in death by his parents; wife of 67 years, Beverly Harwick; 2 brothers, Gary and Dick; and 2 sisters, Orphie and Darlene.

Funeral services will be held at 11:00 a.m. Thursday, June 10, 2021 at Trinity Lutheran Church, 222 6th Ave SW, Rochester, MN. Visitation will be held one hour prior to the service. Interment will be in Oakwood Cemetery, Rochester, Minnesota.

Ranfranz and Vine Funeral Home is honored to be serving the Harwick family; to share a special memory or condolence please visit www.ranfranzandvinefh.com