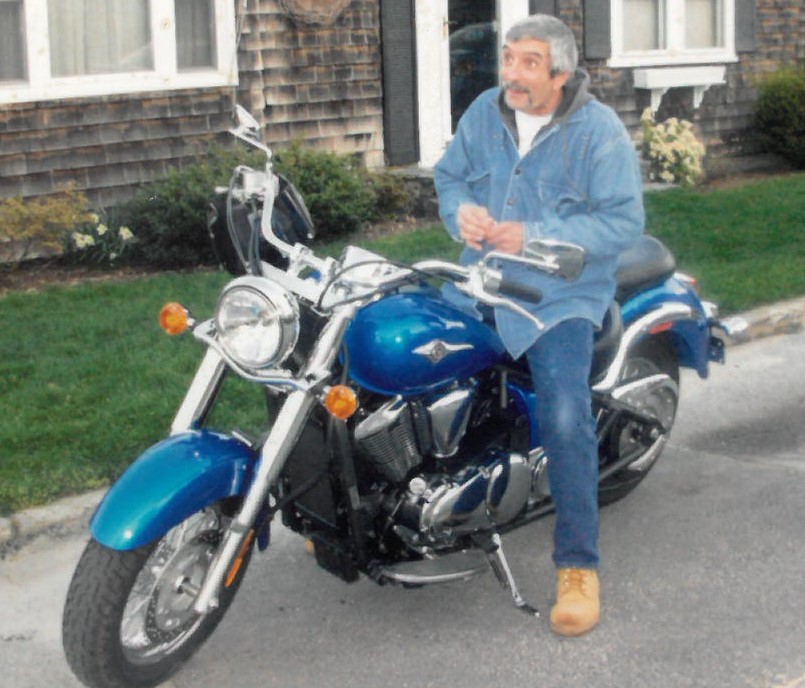 Joseph was born in Newport, RI to Mariano and Annie (Ferraro) Cabral.

Joseph worked at Dunkin Donuts as a baker. He also worked locally as a carpenter for many years. Outside of work he was a motorcycle enthusiast, he especially loved riding with his sons. He enjoyed camping and fishing.

He was incredibly proud of his sons until his last day! Being a father, brother and great friend was important to Joseph.

Joseph is survived by his three sons, Jonathan Cabral of Warren, James Cabral of Wellington, FL, and Bryan Cabral and wife Kayla and their son Roman, of Coventry. He also leaves his brothers, Ernest Cabral of Newport, and Peter Cabral of Tiverton, and sisters, Beatrice Cabral of Portsmouth, Patricia Dunbar of Portsmouth, and Mary Ciocca of Westerly, as well as three nephews, Thomas Ryan, Timothy Dunbar, and Michael Dunbar.

He was preceded in death by his sister, Dorothy Ryan.

Services for Joseph are private. In lieu of flowers, donations may be made to an organization of the donor's choice.

"Our deepest sympathy to the Cabral Family. "