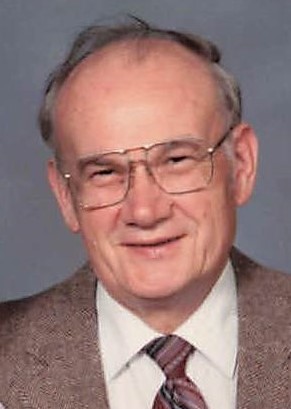 Lawrence Elliot Tischer was born October 16, 1925 near Barnum, Minnesota, the 4th of five children born to Herman and Geneva (Walters) Tischer. He grew up on the family farm near Barnum and graduated from Barnum High School. His father died in 1930.

He served in the Marines from 1944-1946 in the South Pacific, including Guam and Iwo Jima. At the latter he was wounded for which he earned the Purple Heart. After returning home, he studied to be a watchmaker and worked in that profession until he retired, most of that time living in Rochester, MN. He married Marilyn Olson June 27, 1953 in Mahtowa, MN.

Lawrence enjoyed being outdoors, especially fishing. He and Marilyn visited all the state parks in Minnesota, and enjoyed traveling in their RV, including Florida and Texas in the winters. After he retired, he also liked to visit casinos for the food as well as the slot machines.

He was preceded in death by his wife of 63 years, Marilyn, in 2016, two sisters, Sidne Bossard and Bernice Tischer, two brothers, Stanley and Eugene Tischer, one half-sister, Trilby Hecker, and one daughter-in-law, Pamela Tischer. Visitation will be held 4:00-7:00 p.m. Tuesday, June 29, 2021 at Ranfranz and Vine Funeral Homes, 5421 Royal Place NW, Rochester. Funeral services will be held 11:00 a.m. Tuesday, July 6, 2021 at Salem Lutheran Church, 2702 1st St. Mahtowa, MN 55707 with visitation from 10:00 a.m. until time of the service. Pastor Jim Raisanen will be officiating with burial at Sandy Lake Cemetery, Carlton, MN. Ranfranz and Vine Funeral Home is honored to be serving the Tischer family. To share a special memory or condolence, please visit www.ranfranzandvinefh.com

"Lawrence, it was always a pleasure to visit you and Marilyn over all these years. when I was young and slightly wilder than a March Hare and you would remind me to be a little less rambunctious and after I went into the Military in 1970 I remembered those words and passed them along to my children and always enjoyed coming to visit you folks every time I would return to Rochester on Leave and in the later years. As a Sailor, I am wishing you Fair Winds And Following Seas. As an Honored Marine "Semper Fi". My Post 2485 out of the Philippines Present Arms For You Today. Rest In Peace, We Have The Watch... AEC(AW) Peter R. Fredrickson U.S.N. (Retired)"

"Larry was such a nice, nice person. - he always had a smile when he came to the office. He will be missed but fondly remembered. Barb & Michelle (Farmers Ins)"