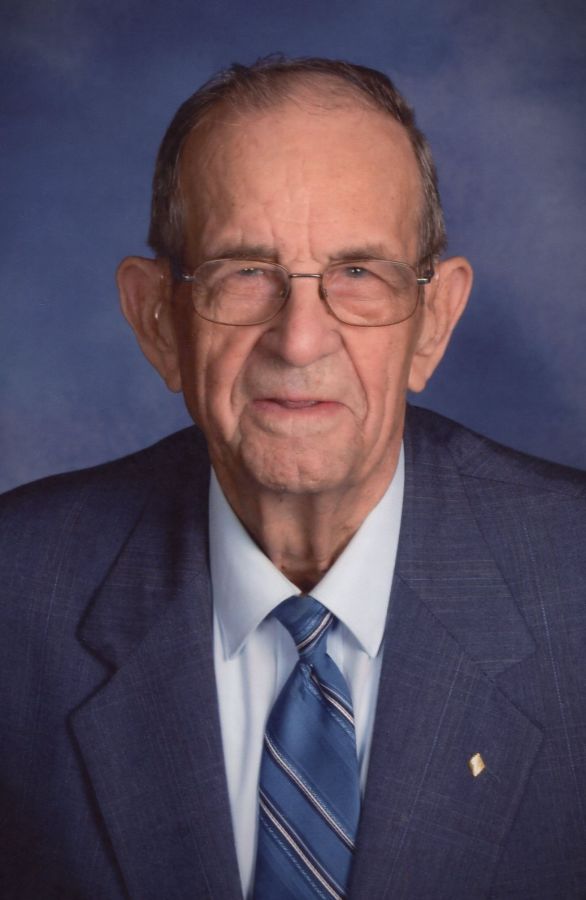 Paul Martin Happel, 95, of Hampton, passed away Thursday, July 8, 2021, at Franklin General Hospital in Hampton, Iowa. Paul was born September 6, 1925, on a farm in Linn County, Iowa, to Theodore and Clara (Clausen) Happel. Paul was baptized on September 20, 1925, at St. Stephens Lutheran Church in Atkins, Iowa. He attended parochial school there until age 12.

On September 17, 1950, he married Kathryn Folkerts in Greene. They adopted two children, Betty and Keith. Paul farmed all but three years of his life, retiring in 1991. He served his country in the United States Army during the Korean Conflict as a radio operator with the 52nd Field Artillery, 24th Infantry Division.

Through their married years, Paul and Kathryn enjoyed playing cards, going dancing, and taking bus tours throughout the United States. They moved to Hampton on August 30, 1999.

Memorials may be directed to St. Paul's Lutheran Church or School.