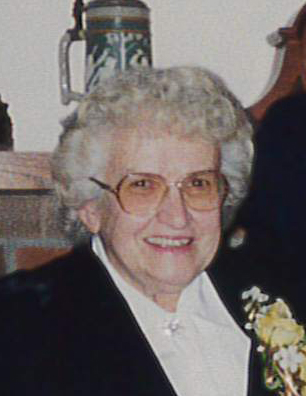 June and her husband owned several businesses, one of which was Krueger's Cocktail Lounge on Howell and Bolivar in Milwaukee.

Survivors include a daughter, Pat Krueger of Almond; daughter-in-law, Peggy Krueger of Lakewood; and a brother, Robert "Bob" (Nancy) Schrap of Milwaukee.

In addition to her husband, she was preceded in death by a son, John Krueger; a sister, Joanne (William) Stallard; and a brother, Charles (Norma) Schrap.

A funeral service will be held on Tuesday, July 13, 2021, at 11:30 a.m. at Bradley Funeral Home with Rev. Howard Neider officiating. Burial will take place in Lakewood Forest Cemetery.