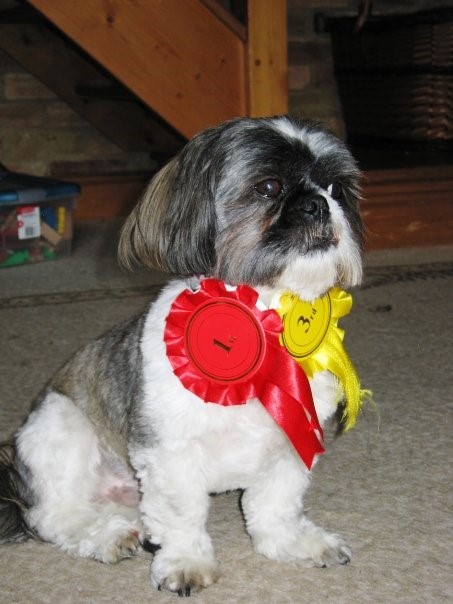 In loving memory of Chewie Dorau.

Chewie passed away this morning, July 11th, at approximately 6:30 am of natural causes. He had his mother and sister Mia at his side. He was born a purebred Shihtzu in Baden-Württemberg, Germany in October of 2004 and adopted by the Dorau family in 2005. He traveled around Europe for a number of years before immigrating to to USA in 2010. He was an award winning show dog who took first prize for The Most Handsome Dog in Isleham, UK's Summer Gala. He was a instant celebrity while cruising back to America on The Queen Mary with his family. He had daily personal visits with the Captain and passengers and crew frequented pictures of him posted in the photo gallery. In 2011, Chewie became a certified Therapy Dog and visited military members coming back from deployment and he visited military events and parties. He retired in 2013, but continued to be a faithful companion to his family. He is survived by his mother, Jane Dorau, his father, Dwight Dorau, sisters, Emma and Sadie, a brother James and his loving canine companion, Mia. He will be greatly missed by his family and friends.