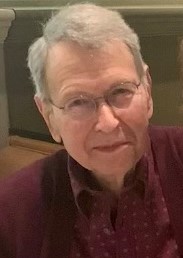 a loving husband, father, grandfather, and friend passed away after a brave battle with heart disease and recently cancer, in Greensboro, North Carolina on July 19, 2021 at the age of 80. He is survived by his wife and best friend, Carol Byer Graves, his children, Lane Graves and Kevin Graves with his wife Nathascha, Howard and Marita Segal, Laurie and Ross Robinson: his grandchildren, Christian and Tyler Graves, Jacob Segal, Sydney Robinson and fiancé Hannah, and Gregory Robinson.

Curtis was born in Wichita, Kansas and grew up in Columbia, Tennessee. He left home at 17 to join the Air Force and was later stationed at Cape Canaveral, Florida, where he worked with astronauts and chimps on preparing for space missions. While serving in the military, he learned the field of microbiology and completed a tour of duty in Greenland during the Cuban missile crisis. After an honorable discharge, he moved to Lake Charles, Louisiana and worked as a microbiologist in hospitals while earning a bachelor's degree in science at McNeese State University.

Curtis moved to Houston where he continued in the field of microbiology and laboratory management for several years until he decided to change course to pursue the field of psychology. During that time, he and Carol met and fell in love and later married. He received his master's degree from the University of Houston-Clear Lake in Marriage and Family Therapy and later attended California School of Professional Psychology-Berkeley, to earn his Ph.D. in Clinical Psychology.

Kevin will always cherish his dad's wisdom and knowledge. He would always have the correct advice and encouraged him to never give up in life. He holds deep in his heart his days as a young boy fishing in the blue bass boat. Kevin appreciated the strong passion his Dad had for the outdoors and nature and grew to love them as well. Kevin fondly recalled learning how to catch crawfish with a forked stick. Lane's special memory is holding on to his Dad's arm while being spun around the pool before he could swim; it was pure joy. Lane also loved sitting on the porch swing in the Woodlands at dusk and watching the fireflies light up; then recently, sharing the sighting of a hummingbird. Lane loved his Dad's mindfulness and goofiness; he was always there to nurture and listen. Curtis showed his sons the creeks and caves of Tennessee where he grew up. Lane and Kevin loved riding bikes with their father when they were younger. Curtis was an amazing man and father; his sons will always love and miss him.

Curtis and Carol moved to Greensboro in 1999 where he joined LeBauer Behavioral Medicine and practiced as a therapist until his retirement about 4 years ago. They enjoyed their circle of friends and gourmet club, loved sharing good times, and delicious food with everyone. Curtis was especially known for his thirst for knowledge. He treasured and shared his book collection and the knowledge he gained with others. Curtis was a wonderful listener and always made others feel right at home. His kind ways and soft, southern drawl will be a memory forever.

His grandson Christian commented that " Grandpa always had a positive impact on my life. He was an encyclopedia of wisdom and more than willing to share this knowledge on long phone calls that we had many times. However, there was a point in my life when these conversations were more impactful than others. I went through a difficult time dealing with anxiety when I was younger. Grandpa and I spoke on the phone multiple times a week for 2+ hours during this time as he was guiding me through what I would say was the most challenging time of my life. I will never forget those discussions we had as they are the reason I was able to overcome my struggle and live a normal life. I would not be where I am today without him."