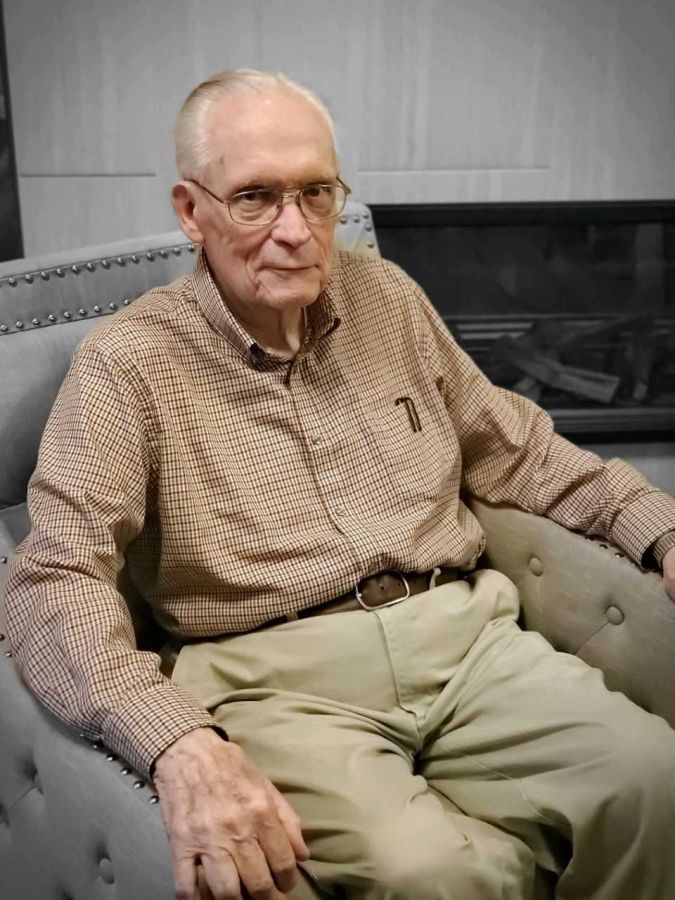 George Bailey was born May 17, 1933 to George and Lillian Bailey of Albert Lea, MN. George was a graduate of the University of Minnesota and worked in the construction industry for over 60 years in various positions from laborer, foreman, VP operations and estimator and ran and taught construction safety programs for various companies he worked for. George was a Lieutenant Colonel in the Air Force from 1955-1983. During his active duty he was a navigator and when he was retired in the reserves he recruited. On October 18, 1958 he married Ulanda "Lou" Bailey and celebrated 60th wedding anniversary in 2018. George enjoyed mowing out at his daughter Jan's house and retired from it after 25 years last summer nobody mowed better than George did he only wore out 3 riding lawn mowers. He also enjoyed fishing, being up north where he grew up as a child, hunting with his dogs, and when he was in college playing ping-pong. George Bailey truly had a "Wonderful Life"

He is survived by is son Boyd Bailey of Burnsville, MN, daughters, Jill Bailey of Rochester, Jan (Brad) Tiede of Eyota, MN, two granddaughters, Alli Bailey of Apple Valley, MN, Grace Bailey of Eagan, MN, and his sister Mary Jo Reich of Rochester, MN. He was preceded in death by his wife Ulanda "Lou" Bailey, his son Bruce Bailey and his parents. The family will be having a Private Burial Service in Oakwood East Cemetery in Rochester, MN. Memorials are suggested to Season's Hospice in Rochester, MN and Country Cottage Senior Living in Plainview, MN. The family would like to thank Jamie Ratz and her wonderful staff at Country Cottage Senior Living and Season's Hospice especially Daniela with George's long battle with dementia.

Ranfranz and Vine Funeral Home is honored to be serving the Bailey family; to share a special memory or condolence please visit www.ranfranzandvinefh.com