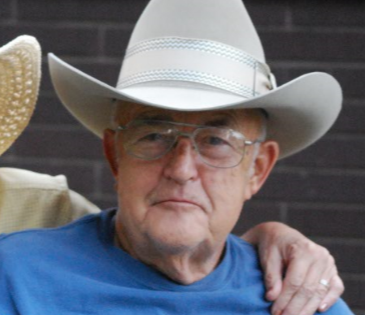 Robert E. Richards
Our loving husband, father, grandfather, great grandfather, great-great grandfather, brother, uncle and friend, Robert Eldon Richards, 88, passed away suddenly on Tuesday, August 10, 2021 in Brigham City, Utah.
He was born on October 6, 1932 in Brigham City, Utah, a son of David W. and Anna C. Nelson Richards.
He graduated from Box Elder High School in 1950.
Robert served in the US Army during the Korean Conflict.
He married Karlene Hunsaker in 1952 in the Logan Temple. She preceded him in death in 1990 after 38 years of marriage.
He married Ilse Malouf on March 16, 1991 in Brigham City, Utah and later solemnized in the Ogden Temple on May 8, 1999.
Robert was a member of the Church of Jesus Christ of Latter-day Saints where he was a high priest and served in various callings.
He was a member of the Box Elder County Search and Rescue, where he served as Commander four times during his tenure. He ended his career with the Search and Rescue as an honorary lifetime member serving for over 50 years.
He worked for Hill Air Force Base for 38 years as aircraft mechanic and was a member of the Air Force Crash Investigation Team.
Following his retirement, he continued with Thiokol as an Inspector in Quality Control and retired from Thiokol. After he retired he was a guard at La-Z-Boy for three years.
Robert loved hunting, fishing, camping and being in the outdoors, Sunday drives to the mountains and being with his family.
He was a member of the Democratic Party and a member of Gunn McKay campaign committee.
Surviving is his wife, Ilse; two sons, Lynn (Debbie) Richards; Dale (Julia) Richards; three stepchildren: Craig (Julie) Hulse; Shelly (Mark) Price; Kim (Brad) Stewart; 18 grandchildren; 39.5 great grandchildren; two great-great grandchildren; one brother, Glen Richards.
He was preceded in death by his parents, his first wife, Karlene; six siblings, Elmer, George, Harold, Clarence, Nellie Purcell and Betty Rawles.
The family would like to thank the Box Elder County Search and Rescue and the Combined Veterans of Box Elder County for the planning of their services for Richard.
Funeral services will be held on Monday, August 16, 2021 at 11:00 a.m. at Gillies Funeral Chapel, 634 E 200 S, Brigham City.
A viewing will be held on Monday from 9:30 to 10:30 a.m. at the funeral chapel.
Interment will be in the Brigham City Cemetery, where military honors will be accorded by the Combined Veterans of Box Elder County Honor Guard.
Send condolences to www.gfc-utah.com

Click this link to view additional details about Robert's Services, including any available live streams: https://my.gather.app/remember/robert-richards-aug-2021