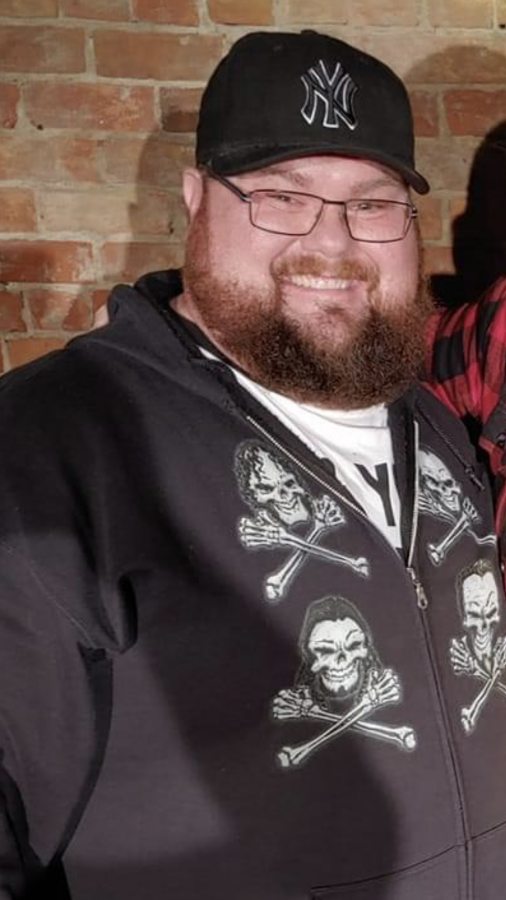 Nicholas John Knowlton
BRIGHAM CITY - Our loving father, brother, grandson, nephew, cousin and friend, 38, passed away unexpectedly on Friday, August 20, 2021 from a heart attack.
He was born on November 4, 1982 in Salt Lake City, Utah, a son of loving mother, Connie Lee Eskelson Knowlton and Gerald Horace Knowlton.
Nick graduated from Olympus High School in 2001.
Nick married Andrea Elaine LeDuc on October 13, 2005 in Holliday, Utah.
He was a member of the Church of Jesus Christ of Latter-day Saints, Brigham City 3rd Ward.
He was currently employed with America First Credit Union as a computer operator for the last 5 years.
Nick greatest joy was his children. He also enjoyed writing, playing and listening to music. He was a fan of New York Yankees and WWE wrestling. Nick loved to watch movies and could quote lines from them all.
Surviving is his wife, Andrea; two children: Marshal Laine and Gunner D. Knowlton; two brothers, Michael and Christopher Knowlton of Salt Lake City; four brothers from another mother, Andrew, Tyler, Joshua and Colby Metz; in-laws, Dale and Elaine LeDuc and their children; grandmothers, Rosemary Larson and Vera Nielsen; other parents, Ray and Wendy Metz; two aunts, Michelle Larson and Vicki Craft, cousins, Zackary Dellinger, Charles and Joshua Craft.
He was preceded in death by his mother, Connie, his sister, Kristina, his grandpa Verl Larson and Howard Eskelson, brother and best friend, Matt Metz.
Funeral services will be held on Saturday, August 28 at 12 Noon at Gillies Funeral Chapel, 634 E 200 S., Brigham City, Utah.
Viewings will be held on Friday, August 27, 2021 from 6:00 to 8:00 pm and on Saturday, Aug. 28th from 11:00 to 11:40 am here at the funeral chapel.
Interment will be in the Salt Lake City Cemetery. Send condolences to www.gfc-utah.com

Click this link to view additional details about Nicholas's Services, including any available live streams: https://my.gather.app/remember/nicholas-knowlton

"Everything is gonna be fine. It was his time. He told me that his most important love is his family. He is happy. His time was cut short. But he is fine."

"I had already booked a trip to go to tombstone, AZ for his birthday this year. And we were gonna reenact movies there. He loved Val Kilmer playing Doc Holiday in Tombstone. "