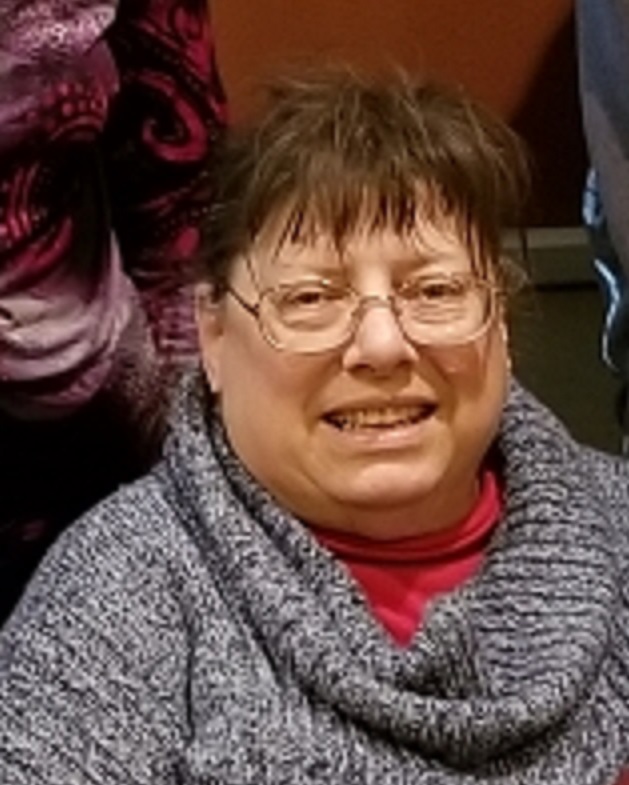 JoAnn Carol Thomas was born on September 5, 1957, in Omaha Nebraska. She passed away unexpectedly at Des Moines Lutheran Hospital in Des Moines, Iowa on September 2, 2021. Memorial services will be held on Thursday, September 9, 2021 at 1:00 pm at the Christian Conference Center in Newton, Iowa. Memorials may be directed to the Christian Conference Center or Girl Scouts. Condolences may be left for the family at www.coburnfuneralhomes.com


JoAnn was adopted as an infant by Lilith (Murrow) and Edward Thomas of Runnells Iowa. JoAnn was a 1975 graduate of Southeast Polk High School and graduated from Culver-Stockton College with a Bachelor's in Psychology in 1978. JoAnn fulfilled her lifelong calling into the ministry and obtained her Master of Divinity from the Lexington Theological Seminary in Lexington, Kentucky. JoAnn was ordained as a minister September 20,1981.

When JoAnn wasn't sharing her love for the Lord with people, she enjoyed road tripping all around the United States, visiting most of the National Parks. She took many of those trips with youth groups from churches and Girl Scouts. She enjoyed tatting, crocheting and tie dying. JoAnn was a lifelong member of the Girl Scouts of Greater Iowa. JoAnn enjoyed spending time with her family and her great-nephews and niece were the apples of her eyes.

JoAnn was preceded in death by her parents, Lilith and Edward Thomas. Left to cherish JoAnn's memory are brother, Chuck Thomas of Omaha, Nebraska. Niece, Erin Marsh and husband Donald of Indianola, Iowa. Great-nephews, Joseph, Donald, Ayden, and great-niece Lydia Marsh of Indianola, Iowa. Other special friends are the Croll family, many other cousins, and a host of friends near and far. JoAnn will be missed as a mentor to her profession.

"JoAnn and I have been good friends since college, where we were roommates. We have kept in touch wherever life has taken us. We have attended General Assemblies together, Disciples Women?s Quadrennial, vacations, each other?s ordination services, and so much more. She was like an aunt to my kids?always a part of their lives. I will miss our late-night phone calls, her laugh, and just knowing she is a friend on whom I can depend. I wish I could be in Iowa today, but I will be with you all in my heart. I will miss you, Jo. You are free from pain and resting in God?s hands. Rita Allen"

"So sad and shocked, I just saw her at the State Fair Hymn sing August 16th. She has been having myself and Kathy Betzer from Carlisle Christian Church play there for many years now. I was fortunate to have her there that day to help me hear the hymn numbers that were called out. It was the best crowd she and I ever had for the 6:30 pm service, more than 50 people were there. I will miss my friend JoAnn. -Justin Chastain"

"My thoughts and prayers are with JoAnn's family. I met JoAnn when she was our interim pastor at First Christian Church , Spencer Ia. I am the chairmen of the Elders and worked with JoAnn several times. She had unlimited energy, even with her health issues. May JoAnn find the peace and rest that she so deserves. RIP my friend ! Rod "

"Today Adas Israel in Mason City said kadish for JoAnn. (Adas Israel is the area synagogue.) It was part of the Rosh Hashana (new year) services. Very touching. It's down the street from where she stayed as a student pastor. Shalom, JoAnn."

"I worked with JoAnn for many years in Newton at the Christian Conference Center. Camps, retreats and staff training. She wore a smile and shared her love of our Lord. Rest in peace JoAnn. Kellie Lala"

"Jo was a good friend of mine for many years. I first met Jo at the Christian Conference Center the summer before we went into our freshmen year of high school. She came to my house, I went to hers, but as time goes and we both moved around we didn't see each other often. As kids we wrote letters back and forth, now it was phone calls. I had planned to call her on Sunday, her birthday, as I always called her on her birthday and she on mine. I will miss you my friend, until we meet again in heaven. Love you, oh and by the way, I am sure you probably owe me a letter!!! Much love and hugs Ellen DeVore"