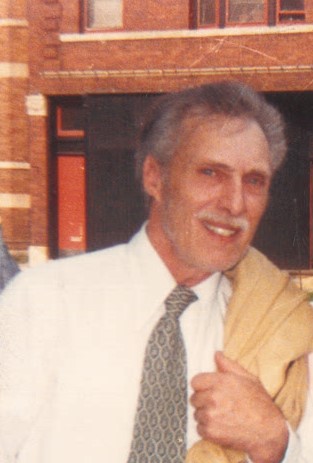 Mr. Carl L. Busch, age 88, passed away on Saturday, September 4, 2021 in Muskegon, MI at the Roosevelt Park Nursing Center. He was born in Muskegon, MI on April 7, 1933 to Carl "Charles" & Anna (Berger) Busch who immigrated from Austria. Carl was a local mechanic and ran his own garage (Bush's Garage) in Muskegon, MI for many years. He specialized in working on Harley Davidson motorcycles, and loved Chevy trucks. He played the bass guitar, and belonged to the band, "Ron Lawrence and the Stringalongs".
SURVIVORS
He is survived by his sister, Margaret (Bonnie) Wright of Clyde, MI formally of St. Clair, MI. Her son, William and Margie Wright of St. Clair, MI and her daughter, Susan and Ronald Allen of Port Huron, MI. His sister, Eleanor Morrell's sons, Samuel Morrell of Lake City, MI and Theodore Morrell Jr and Kelly Morrell of Holton, MI. Her daughter, Vicky and Daniel Akins of Muskegon, MI. His brother-in-law, Theodore Morrell Sr. and many nieces and nephews. He was preceded in death by his parents, and his sister Eleanor Morrell and his half-brother, Rudy Baumel.
SERVICE
Cremation has taken place per his wishes and no services are scheduled. MEMORIAL: In lieu of flowers, please consider Harbor Hospice. Please visit www.clockfuneralhome.com to leave a memory or sign the online guestbook.
Clock Funeral Home - Muskegon