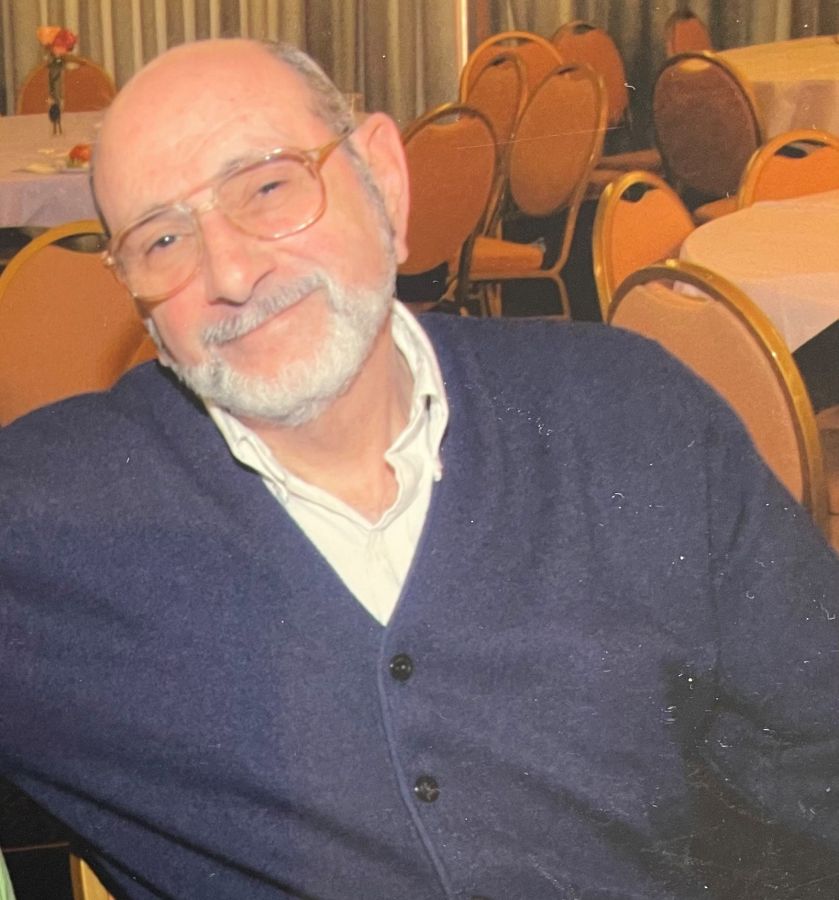 Alvin Mitchell Zeisman, beloved husband and true friend, was born unto Arthur Zeisman and his beloved mother Maybelle Daily Zeisman on Mother's Day, May 9, 1937. He passed away peacefully on September 7th, 2021 surrounded by loved ones. Alvins parents, grandparents and favorite Uncle Jerry preceded him in death. He also lost his best friend Martin E. Rosen at a very early age.

As a teenager he worked at the RB Department Store, his father's clothing business in the heights. He made a lot of friends and never met a stranger.

Alvin attended Oren M. Roberts Elementary School. For Junior High School he attended John J. Pershing where he was a member of the school basketball team. He was a proud graduate of San Jacinto High School where he was a member of the alumni association. He wrote several articles for the Campus Cub and the alumni association newspaper. Alvin enjoyed reading it cover to cover enabling him to keep up with classmates and friends. He later attended the University of Houston where he earned his B.A. degree.

Alvin then began his Real Estate career working in the office of the Harris County Tax Assessor / Collector, Carl S. Smith. The next 32 years he enjoyed working as a Real Estate Appraiser, a profession he enjoyed very much. He was awarded both the Senior Residential Appraiser and Senior Real Property Appraiser Designation's. At the time of his death he still held membership in the appraisal institute of which he was very proud.

On March 24, 1974 he married a wonderful lady, Kay Elterman, of Nashville, Tennessee. They met on a blind date and were together for 47 happy years.

During his late twenties he began his Masonic career. He was raised in Eastwood Lodge #1383, AF and AM, where he served for 1 year as chaplain. He enjoyed participating in the work of the lodge and taught several candidates their work. Subsequently, he became a 32nd degree Scottish Rite Mason and also a member of the Arabia Temple Shrine. After 50 years of membership he became an endowed member in Walter M. Pierson Lodge #1339 AF and AM. In 2015 he was presented with the Masonic Service Award Certificate and pin.

As a younger man Alvin loved to play golf, and enjoyed all types of sports. He later became an avid coin and currency collector, a hobby he thoroughly enjoyed. Alvin always said his hobby reflected American history. He could be found most days working on the daily newspaper crossword puzzles.

Alvin was the kind of man that could be trusted to keep the confidence of others. He was always true to his word . His word was his bond, a rare commodity this day and age.

He was a life long member of Congregation Beth Yeshurun, where he celebrated his Bar Mitzvah in 1950. His ties to the congregation go back to the 1940's.

Donations can be made to the Scottish Rite Hospital for Children, or charity of your choice. "Don't grieve for me much, he said, just remember me as you wish."

"Dear Sister Kay and Family, Walter M. Pierson Lodge No. 1339 is saddened when Brother Ed Herron informed the Lodge that Brother Zeisman passed away. Please accept our most heartfelt sympathies for your loss. Our thoughts are with you and your family during this difficult time. Wishing you peace to bring comfort, courage to face the days ahead and loving memories to forever hold in your hearts. We are here for you and your family, just let us know. You can email at waltermpierson1339@gmail.com Love and peace, Maynard B. Fernando Lodge Secretary"

"Dear Kay and family.. I am so sorry to hear of Alvin's passing ...and send my sincere sympathy and condolences. I hope the love and support of Karol and the rest of your family and friends will give you some comfort during this very sad time in your life. Please know that I am here for you.. Love Gail Silver"