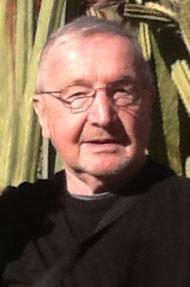 He was born in Indiana, Pennsylvania, on June 27, 1934; son of Charles Gilbert Ahlas and Addie Sara (Berringer) Ahlas. Donald moved with his parents when he was 3 years old to Niagara Falls, New York. He attended Pacific Avenue elementary school, LaSalle High School, and the University of Buffalo.

He was employed by the Wurlitzer Company, Hooker Chemical Company, and was an instructor at Niagara County Community College.

Volunteerism was a way of life for Don. He volunteered time to Habitat for Humanity in New York and in Iowa; Prince William Forest National Park in Triangle, Virginia; Saguaro National Park in Tucson, Arizona; Gila Cliffs National Monument in Silver City, New Mexico; Pipe Springs National Monument near Fredonia, Arizona; and Best Friends Animal Sanctuary at Kanab, Utah. He also served in the Peace Corps in Samoa and Cameroon.

Family and friends are asked to volunteer time to a needy family or charity as a memorial.

The Sietsema Vogel Funeral Home of Hampton is caring for Donald and his family.

"So sorry for this huge loss for you!!! My sincere condolences to you and to Don's family. "

"Omg! Sandy?..so sorry for your loss! Loved talking with don when he was in the office! Enjoyed hearing from both of u different things you enjoyed from all your adventures together! Prayers for u and the rest of his family! "