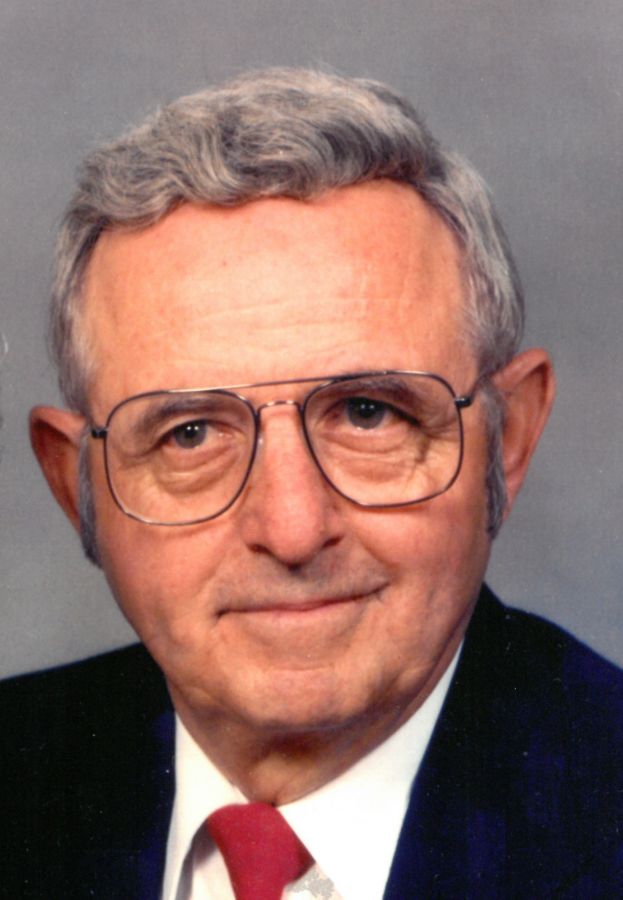 Bob was born in Des Moines to Albert and Laveeta (Smith) Fausch on September 24, 1925. He was raised on the Fausch farm and graduated from Sheldahl High School with the class of 1943. Bob served in the U.S. Army during WW II and was honorably discharged in 1946. Following his military service, he attended Drake University majoring in finance and music. He met and married Eyleen Bond and the couple was blessed with four children.

Bob became Outstanding Young Farmer Polk County in the 1950's, bank manager of Bank of America, Business manager for The Iowa Conference of The United Church of Christ, co-owner of Cory Hardware in Ankeny, worked at Alleman Co-op and managed the Napier Iowa Agricultural Cooperative.

Bob enjoyed playing baseball and taught the sport to the Japanese during the occupation. He was blessed with a beautiful tenor voice, which he shared throughout the local community. Bob was united in marriage to Marilyn Weesner January 25, 1976, and gained stepdaughter Mary Weesner. Bob and Marilyn were blessed with 45 years of marriage together, they enjoyed winters in Arizona, for a number of years, and states and world travel. Their grandchildren have precious memories of Christmas and Easter Plays in their home, picnic at the Ledges and train track memories.

"I am truly sorry for your loss. Marilyn we have known each other for quite some time since we both worked at Principal. We have kept in touch over the years, through snail mail and Christmas cards and letters. Know that your family will be in my thoughts and prayers in the upcoming days. Your good friend, Sharon Bennink"

"I send my condolences to all your family. He will be tremendously missed ?. I will always have my memories of singing with him in the Smoothies performances at Holiday Village Park & playing Bocceball with him ,too. He did have a beautiful tenor voice & he was one of the first two Bocceball Hall of Famers! Love, Sharon Huntington ???"