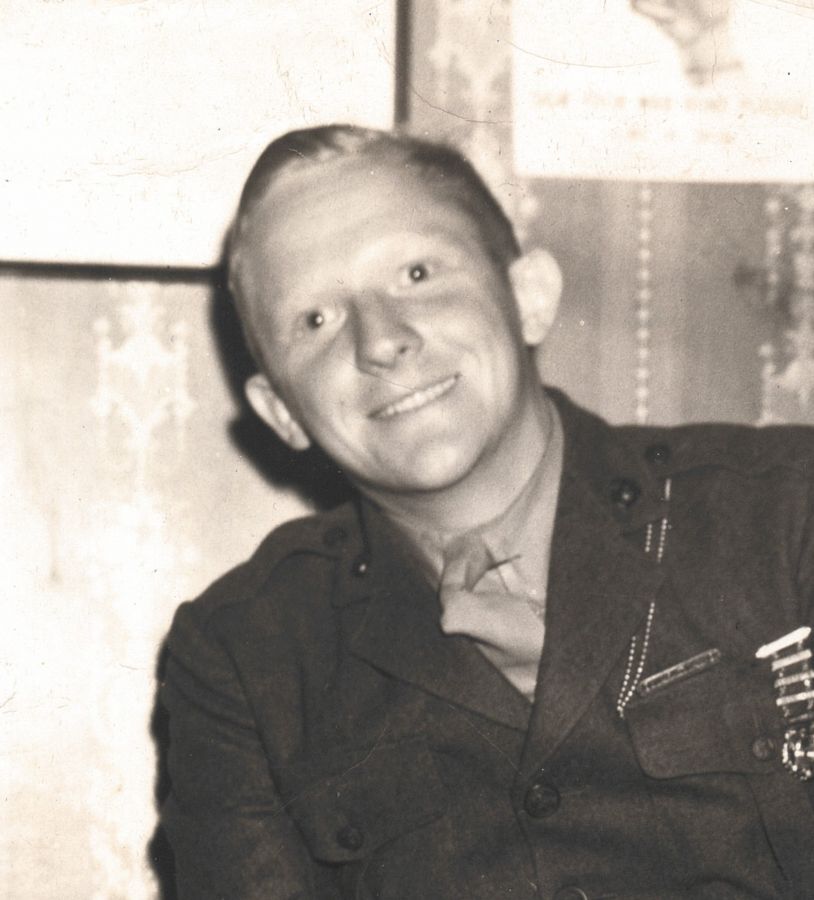 Edwin passed away peacefully on September 17. He lived a full and very productive life of 100 years. First at the chicken farm of his childhood where the current Shettler school sits and then the brick home on the hill and then the house he built with his wife Rachel of 76 years married on April 5, 1945 at Bethlaham Lutheran Church in Muskegon Heights., all on Shettler Rd. Edwins early education was at Beech School and higher education was at Muskegon Heights High School, where he completed the college course of study on June 15, 1939. In 1942 he joined the United States Marine Corps and did basic training at Airbase Group 2 in San Diego, CA.

Upon return to Muskegon he returned to work with his father, Peter Hansen, in the Hansen Dairy Bar business, Peck Street, Getty Street & Fruitport. In 1945 the Hansen Ice Cream Dairy Bar was constructed and operated by Edwin until 1972, when he retired.
After being retired for a year he went into the commercial real estate business. He established Ed Hansen Real Estate, specializing in commercial real estate. Ed worked in the real estate business until he again retired in his 90's due to his health.

"Rachel & family - Our sympathy & prayers for the loss of Edwin Hansen. It was so nice to see Ed at his 100th birthday party. He enjoyed visiting with everyone. He sure had an active life, and a great life with Rachel- of 76 years. Gene & Barbara"