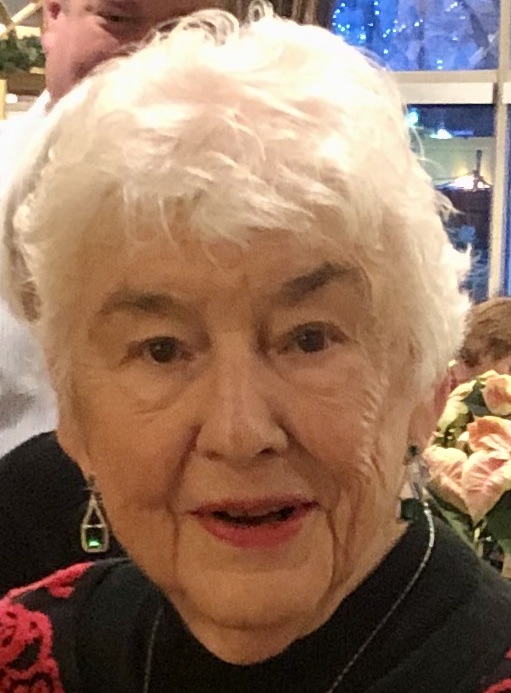 A longtime resident of Bellevue WA, Madeline passed away at the age of 92 on September 10, 2021 after a courageous battle with Alzheimers. She is survived by her children Susan Lindsay (Raymond Lussier) of Mukilteo, WA, Richard Lindsay of Mountlake Terrace, WA, and Sheila Lindsay of Bellevue, WA, as well as grandchildren Conor and Caitlin Lindsay. She was preceded in death by her husband of over 65 years Jerry Lindsay and her parents Walter F. and Mary A. Fitch and her brother Walter B. Fitch.

Born in Bedford, MA on May 3, 1929, Madeline was a graduate of Lexington High School and of the Boston School of Dental Nursing. Maddy and her husband Jerry moved from Massachusetts in 1951, initially living in Seattle and then moving to Bellevue in 1953. Madeline was very competitive as was evident while playing field hockey at Lexington High School or while playing golf or bridge later in life. Along with her husband, she enjoyed playing golf and they were members of Overlake Golf & Country Club for over four decades. Madeline was seen regularly at Overlake either playing golf or bridge and in 1994 she was named Captain of the Women's Division which was a role she really enjoyed. Madeline was a fan of all Seattle area professional sports including the Seattle Pilots, Supersonics and Totems of yesteryear, to current day Seahawks and Mariners. She was also an enthusiastic fan of the University of Washington Huskies, the Washington State Cougars and the Stanford Cardinal. Given her roots in New England, she retained a fierce loyalty to the Boston Celtics, Bruins and Red Sox as well.

The family would like to thank Amy and Mina for the care and companionship they provided her during her last year living at Pacific Regent of Bellevue. We'd also like to thank Tamar, Audrey and Cathy at Providence Hospice of Seattle for all of their support and assistance during her time on hospice; and finally a big thank you to Taylor, Mulenga & Walya who provided 1-1 care for our mother during this time, as well as the entire Care Team, both current and former employees, working in Life's Neighborhood at Aegis Living Mercer Island. We sincerely appreciate all that you did to care for her when we were not able to be there and/or visit her due to the pandemic.

At Maddy's request, her family will gather privately to celebrate her life. A committal ceremony will be held at St. Thomas Episcopal Church, Medina WA. In lieu of flowers the family requests that donations be made to the Alzheimers Association in her memory. (act.alz.org/goto/Madeline_Lindsay)