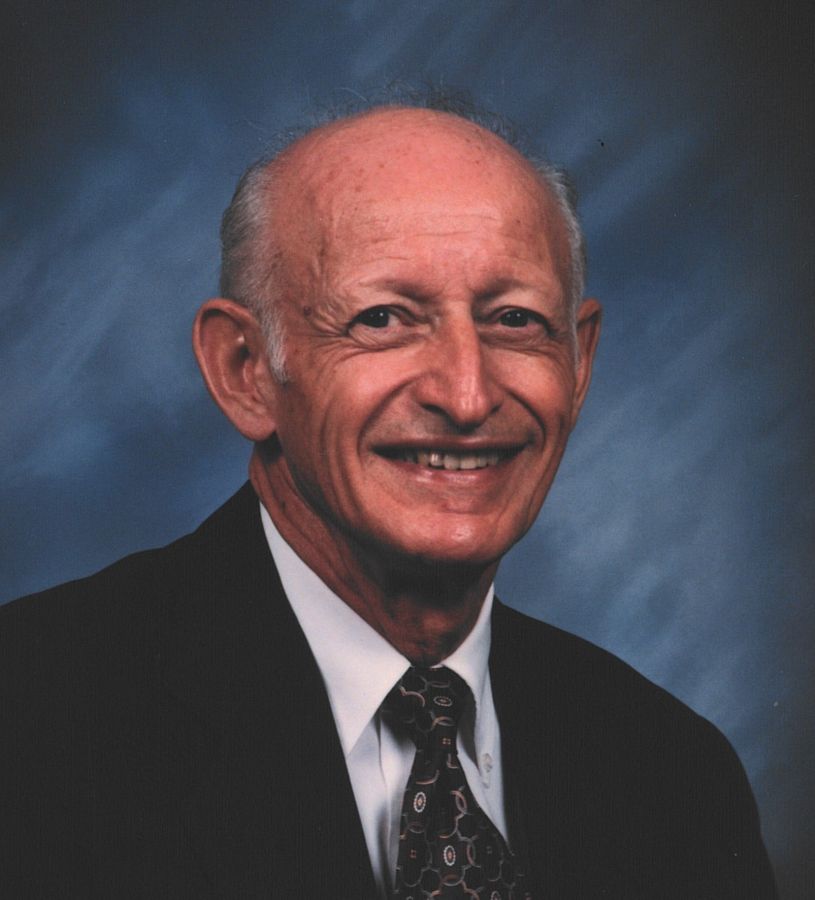 R. James Bagnall, 91 of Marshalltown, IA passed away Saturday, September 25, 2021 at the Iowa River Hospice Home in Marshalltown, IA. Funeral services will be 11:00 a.m., Saturday, October 2, 2021 at Journey Church in Marshalltown. Visitation will be 10:00 a.m. until the time of the service. Inurnment will take place at Rose Hill Memorial Gardens. In lieu of flowers, memorials can be directed to Journey Church or Iowa River Hospice. Online condolences may be sent to www.andersonfhs.com.

Jim was born on January 27, 1930, to Russell and Arleen Bagnall in Petoskey, Michigan. The family moved several times throughout Wisconsin and Iowa during his childhood. In 1945, at the age of 15, Jim moved to Marshalltown with his parents and siblings where he joined his father in newly formed Arbie Feeds, working part-time before and after school and vacations.
After graduating from high school and attending Grinnell college, he then graduated from Marshalltown Community College and went to work in 1950 full-time as Assistant Manager until 1969 when he was promoted to President and General Manager, semi-retiring in 1995. He married the love of his life, Elizabeth (Bette) Watson on March 24, 1951.

Jim was active in community and church related activities his entire working career. He served as First V.P. of Marshalltown Jaycees; President of the Marshalltown Noon Lions and was state convention chairman in 1963; President of Marshalltown Area United Way; President of Marshalltown Area Community Hospital which later became M.M. S. C. and President of the Industrial Bureau of the Chamber of Commerce.
Through the years he held many offices in the First Baptist Church (Journey Church) and taught Sunday School for several years. He was Co-Chairman and Building Finance Chairman when First Baptist Church built their new facilities at 700 East Olive St. Jim was on the Board of Trustees for Northern Baptist Seminary for 42 years and the Board of Trustees for Judson University for 49 years serving on the Business Affairs Committee for both of those institutions.

As a follower of Jesus, Jim believed that whatever career path you have chosen, you are in full-time Christian service. He was a dedicated Christian businessman who shared his faith through everything he did. He loved traveling, fishing, woodworking, watching sports and was an avid reader. He enjoyed vacationing with his family and holiday gatherings. He was a man of integrity and generosity and left a great spiritual legacy.

"I was sorry to learn of Jim?s passing. At one time Jim, myself and two other fellows owned some land together on the west side of town. We had occasional meetings and at those meetings I remember Jim?s pleasant demeanor. He was smart, kind and always a gentleman. He was an attribute to our community. Bob Peterson"

"Brice and Roxane, sorry to hear about the passing of Roxane's father. I didn't know him, but he left a great legacy through Brice, Roxane, and their family. May god bless you and your family during this tough time. Ed"

"Rick, it sounds like your father (if that is correct) was a well meaning man. Sorry about his death."

"I remember Jim as a faithful follower of Jesus. My wife. Darlene and I attended Fbc for a number of years. We always enjoyed Jim and his family. God used him In so many people s lives. To God be the Glory!!!"

"Jim was one of the most loyal members of the Board of Trustees at Judson University. He seldom missed a meeting though it was a 5 hour drive to Elgin, Illinois, and another 5 hours back to Marshalltown. He did not speak much in the full Board meetings but when he did, Jim Bagnall had something to say. I listened to him seriously when I was president of Judson. Thanks to Jim and his extended family for their faithful service to the community and to our Lord. Jerry B. Cain"

" So sorry for your loss. Roy and I always had great respect for Jim. Life well lived. Now is home. Connie Brodin"