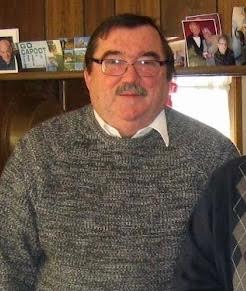 James "Jim" Huntrods, 71, of Mingo, passed away on Tuesday, September 21, 2021. A graveside service will be held on Saturday, November 6, 2021 at 11:00 a.m. in the Evergreen Cemetery in Collins, Iowa. A luncheon will follow in the Collins Community Center.

Jim was born on July 16, 1950 in State Center, Iowa to Otis and Bernice (Hofer) Huntrods. When he was 12 he had the opportunity to visit family in Switzerland and resided there for a year. After returning home he attended Mingo High School and graduated with the class of 1968. Jim started Iowa State University, then joined the Army (he served during the Vietnam conflict). After his military service he returned to ISU where he earned his Electrical Engineering Degree. After graduation Jim moved to Houston where he worked for Western Geophysical. In 2005 he moved back to Iowa on the farm outside of Mingo.

He was a member of the Collins American Legion. He enjoyed family genealogy, working on his Corvairs and Jeopardy.

Jim was preceded in death by his parents.

Memorial contributions may be directed to the family.

Fredregill Funeral & Cremation Care has been entrusted with Jim's care.

"Our prayers and sympathies are extended to the family and friends of James Huntrods."

"So sorry to hear about Jim. I just talked to him a month ago at David's auction. Our thoughts and prayers go out to you folks."