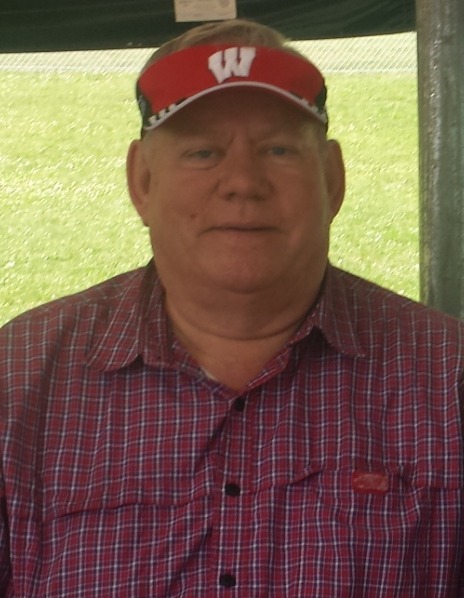 Oregon, WI / Waukesha, WI - "Jerry" - Gerald W. Zibell was born on May 8, 1944, in Watertown, WI. He was the only child of Alexander W.F. Zibell and Ruth E.M. (Albrecht) Zibell. They lived on the family farm in London, Wisconsin.

Jerry stayed close to home, attending college at Whitewater State University, where he earned his Bachelor of Science in Elementary Education/Physical Education. From there he attended Northern Illinois University where he achieved his Master's in Education Administration.
Jerry's teaching career began as an elementary teacher in Rochelle, IL, and later in Fond Du Lac, WI. He was a member of the following professional organizations: NAESP (National Association of Elementary School Principals), AASA (American Association of School Administrators, and AWSA (Association of Wisconsin School Administrators).

Jerry married Evelyn Lund on August 17, 1968. They shared a love of teaching and spent many years working with students in the Brooklyn and Oregon, WI school districts. Jerry went on to be the principal of the Brooklyn Elementary School. Jerry and Evelyn had two children: Reid and Andrea. He adored his children and enjoyed attending sporting events with them.

He was a huge fan of the Green Bay Packers, Milwaukee Brewers, and UW-Madison Badgers. He followed the teams as an avid, daily newspaper reader. His love for sports included playing football and racquetball, and an enthusiasm for coaching the Brooklyn/Oregon Community Youth Soccer and Basketball teams, and the Bank of Oregon Women's Softball team.

His other interests included playing cards, specifically Sheepshead. This was first a family activity with his parents and relatives. Later in life he found joy playing with his dear friends at The Silvernail in Waukesha, WI where he will be greatly missed.

He was an outgoing and happy person who always had a smile on his face and loved to socialize with family and friends. He enjoyed going out to restaurants to share meals with those he cared for. Some of his favorites included McDonald's, Culver's, Rocky Rococo's, and Chili's. He traveled to Madison to attend many of his granddaughter's school, musical, and theatrical events. He was very proud of Amelia and enjoyed sharing news of her life to his friends.

Jerry collapsed in his home in early August of 2021 and was taken to Waukesha Memorial Hospital where he received care for several weeks. He was later transferred to The Nazareth Rehabilitation Center in Stoughton, and then to the UW Hospital in Madison, WI. Jerry fought many health battles in the last two months of his life, and he did so with grace, patience, and humor. On Monday, September 27 at 6:02 pm, he peacefully left this world.

Jerry's family wishes to thank the dedicated and tireless physicians and medical staff at all the facilities. We especially appreciate the dedication and tender care given by the amazing staff of nurses. He felt blessed to have been shown such kindness.
We also thank the Pastors who visited Jerry in the hospital and our countless family and friends who have shown such generosity and kindness during these difficult times. Your love has kept us going.

For the safety of all, Jerry's family and the London Moravian Church require masks to be worn to the following services, which will be held on Saturday, October 9, 2021:
London Moravian Church, N. 5610 County Road O, Cambridge, WI 53523
Visitation from 1:00pm to 3:00pm.
Memorial Service/Celebration of Life to follow from 3:00pm-3:30pm.
After the conclusion of the services, a private family burial will follow at the Kroghville Cemetery in London, WI.

In lieu of flowers, memorial contributions can be made to the family to help pay for the funeral and any other expenses that arise for the family in the coming months.