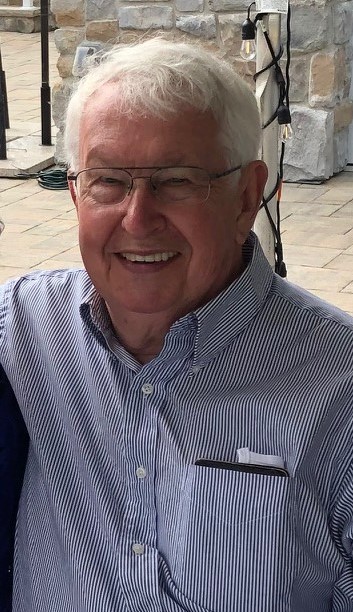 Walter J. Sutkowski, 84, passed away on Sunday, October 3, 2021 in Mid-Hudson Regional Hospital, Poughkeepsie after a week-long valiant struggle with a sudden illness. Born in Jersey City, NJ, to the late Walter and Fannie Sutkowski, his proud parents. Walter is survived by his loving "child bride" of 20 years, Diane (nee Trifkovich), his sister, Dorothy Cardiello, niece, Lynn Hanlon (Brian) and nephew, Jay Cardiello, in-laws who loved and respected him and a plethora of friends who felt the same. Those relatives who chose not to recognize him in the years past shall remain nameless here.

Walt went to Dickenson High School in Jersey City, went on to get a B.S. in Physics at St. Peter's College (now University) in Jersey City and an M.S. at New York University in the same science. He taught general Physics at Queensborough Community College, was involved in microprobe analysis at GT&E in Bayside, L.I. as a research engineer and was captured by IBM in 1967 where he initially worked in various fields including semiconductor development, metallurgy, reactive ion etching of dielectrics, chemistry and more. Recognizing his abilities IBM promoted him to Senior Engineer/Manager where he supervised Engineering projects in thermal, cable, mechanical testing and then data base input for hardware and manufacturing on a world-wide basis. He retired in 1992 as a Senior Engineer where he directed selection of materials, processes in support of site hardware development. A few years later he went back as a contractor on a six-month assignment which lasted for 16 years.

He traveled to China, Europe and loved Maine. He and his wife were fortunate to travel to Spain, Croatia, Italy and numerous National Parks and cities. As they reminded each other they were blessed. Walt was involved with Amateur Radio since he was 16, was a long-time member of Mt. Beacon Radio Club as a member and officer; got a black belt in Karate; was a wonderful landscape photographer. Walt complied the newsletter for Prostate Cancer 101 Kingston for many years and served on the Board.
His talents were many as were his friends who became family. He was a generous loving man who will be sorely missed.

"I new Walt for a short time through the Prostate cancer 101 program I attend. He sure was a wonderful, and dedicated man. His involvement with the articles and posting the magazine for Prostate Cancer 101 and dedication to the program will be very much missed. My prayers are with Diane & the family. Sorry I was not at the funeral --- GOD BLESS you all --- Bill Bogle "

"I met Walt at IBM in 1985. I was his secretary. Working with Walt, knowing him and coming to love him as a phenomenal human being was so rewarding. I often felt that I should be paying IBM instead of the other way around. Walt was always the knight on the white horse. Your pain was his pain. your trouble was his trouble, that's how he was. Walt was a light in the life of everyone who met him. Now, he is a light in the heavens."

"Linda and I met Walt when we were invited to share in their special day in Freehold. He made us feel like old friends from the beginning. We will miss his animated conversations, quick wit and warm smile. He has left a hole in all our hearts and will live eternally in our memories. Bryan and Linda Shumaker"

"I met Walt at IBM but never worked directly for him. We both retired in the same year and drifted apart. Walt and Diane attended the same class as my wife Pat and I and Walt and I discovered we had common interests. From then on we met weekly to enjoy each other's company. What a knowledgeable, caring and generous person he was. His death leaves a big hole in my heart. Diane , you will forever be in our prayers and we are here for whatever you need. Herb and Pat Sawtell "

"I met Walter when I started working at IBM in 1985. He was my second line manager. We really got to know each other when we carpooled to work with my husband, Roy. Walt saved my life when the passenger window of my car exploded one morning. From that point on, Walt has been my good friend. My heart is so full of wonderful memories, I can?t pick just one. Here are a few. For Walt?s birthday one year, I gave him a coffee mug that said, ?I love my attitude problem?. He loved it. When I met Diane, I thought here is a woman who can handle Walt! Their wedding was the most romantic I have ever attended. I think the word that best describes Walter is fierce. He did everything with his whole heart. We spent many happy times with Walt and Diane. He will be missed by all who knew him. Diane, you will be in our prayers. We are here if you need anything. Love, Roy and Lynda "

"Diane, So sorry to hear about the passing of our friend and leader Walt. Walt was a great man, he inspired us to greatness, and was there when we needed him. I was introduced to Walt back when I interviewed for my job at IBM. I left his office thinking - I HAVE TO WORK FOR THAT MAN. The rest is history for me. Thanks to Walt's guidance, leadership - many of us went on to great careers at IBM. Even after retirement, you could always count Walt (any yourself) in for celebrations and gatherings. While he will be missed by all, his impact on all of us and the memories of the great times remain. I know Walt is still with us in spirit and will continue to watch over us - he is our shepherd, and we are his IBM flock. God bless and so sorry for your loss. Randy and Cyndi Kubich Fprt Worth, Tx"

"Our condolences go out to Diane and family. Walt was a loving soul. Meeting Walt for the first time , you got the feeling you knew him forever. He will surely be missed. Diane and Walt ?.one special couple."