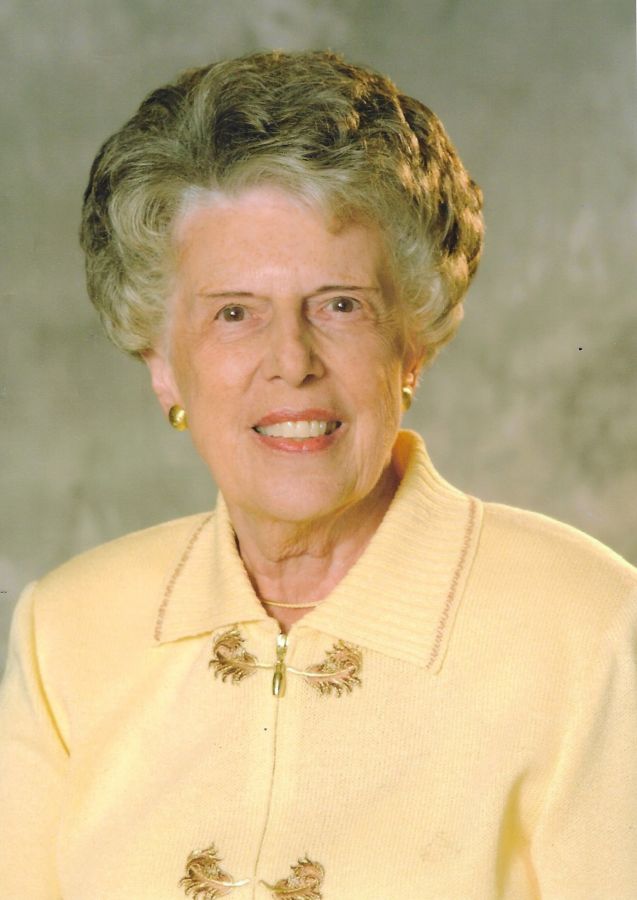 She was born on August 31, 1925 to Albert and Celia (Betzing) Kay, both now deceased. Jane grew up in Grosse Pointe Park.

She spent her professional career with Detroit Edison, starting as a part-time file audit clerk while attaining her educational degrees--- to the first woman to achieve---not one---but two---separate vice presidencies at Detroit Edison. She was Vice President of Administration when she retired.

Jane was a trail blazer for women. She was a pioneer, leader and innovator, not to mention a highly accomplished professional who took her role as an advocate for women in the workplace seriously. She shared her knowledge, wisdom and capability freely with others. That singular fact lies at the heart of Jane's innumerable professional, civic and personal contributions throughout her life.

She served on more than twenty boards---six as president or chairman of: Boys and Girls Club of Southeast Michigan, International Association for Personnel Women, Women's Economic Club (Inform), Grosse Pointe War Memorial Association, Children's Home of Detroit, and chair of the Board of the Detroit Institute of Commerce as well as a vice president of the Economic Club of Detroit. She also served on numerous committees in Southeastern Michigan.

Her list of awards, associations and 'firsts' would fill pages. A few highlights of her distinguished life include: being named one of Detroit's Top Ten Working Women and election to the Michigan Women's Hall of Fame. In 2008 Jane was named to the University of Detroit Mercy College of Business Administration Hall of Honor and in 2010 she received the St. John Hospital and Medical Guild Philanthropic Service Award. In 2013 she was awarded a Doctor of Humane Letters from the University of Detroit Mercy.

Jane was one of the first women members of the Detroit Athletic Club and had many stories to tell about that time period. She was also a member of the Country Club of Detroit, Lochmoor Club and the Grosse Pointe Yacht Club.

She loved a good time with dear friends, wonderful stories and laughter whether on the golf course, on the bowling alley or in a friend's home.

Jane was married to the late Robert L. Nugent. She is survived by cousins Anne DeHaan and Bill Betzing and many faithful friends including Beth Carter and Mona Gualtieri. A special thank you to her devoted care givers, especially Theresa and Stacey.

A funeral Mass will be held at St. Paul on the Lake Catholic Church, 157 Lake Shore Road, Grosse Pointe Farms, on Tuesday, October 12 at 10 am. Burial will be in Mt. Olivet Cemetery, Detroit. Memorial contributions may be made to Ascension St. John Health Foundation, 19251 Mack Avenue, Suite 102, Grosse Pointe Woods, MI 48236 or to the charity of your choice.

"A wonderful Detroit Mercy Alum and Representative of the University. May Jane Kay Nugent be Resting-in-Peace. Mark Mikula."

"What an honor to have known Jane Kay. My role at Detroit Edison {DTE} provided the opportunity. It's difficult to expand on the many accomplishments listed in her above obituary. but she was so much more. Rest in Peace Jane "