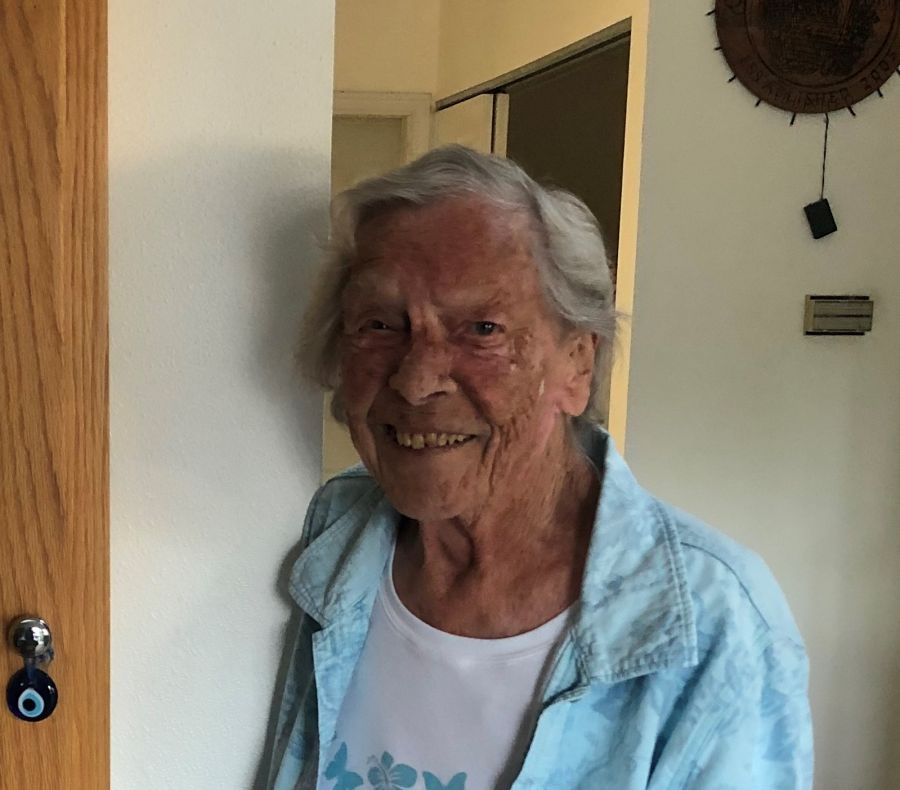 Gayle Margaret Simon was born April 9, 1925 in Edmonds, Washington; she was the daughter of James and Marion Stocks. She was happily married to Richard E. Simon on August 2, 1952 in Seattle, Washington. Together they had two beautiful sons, Ketron J. Simon, who passed away in 1993, and Richard J. Simon.

Gayle M. Simon passed away peacefully in her sleep on Tuesday, September 21, 2021. Per her request, she asked to be celebrated in remembrance for the wonderful and beautiful life she had.

Gayle's life began after graduating high school. Like most young adults, she moved out of her family home to live with a friend and held her first job as a Sales Associate at Sears, Roebuck & Company. During WWII, she was overjoyed to be employed by Rosie & Riveter as a Riveter where she worked on the twin fins for the WWII airplane, the B24. The excitement stemmed from new experiences that were available in the workforce for women, along with being able to wear pants rather than dresses and skirts; truly an exciting time for Gayle who shared this was a time of opportunity to learn and grow during a difficult time for the world.

When the planes were no longer being built, Gayle then changed career fields and worked as an Operator at MaBell's, a telephone company for the next 10 years. This was her favorite job and one that gave her complete joy. If you called 411, chances were you would be talking to her. However, her sister, Shirley, asked her to quit MaBell's and become her business partner as a Seamstress. Over the next 30 years, they worked together and had business with over 10 cleaners in the Seattle area.

Gayle's retirement came when her husband grew sick and needed full-time care. She spent several years looking after him until he passed away in 2004. To celebrate the next chapter of her life, after taking care of everyone in her life, her son Richard Simon built a customized home for Gayle on his property where she lived happily for the remainder of her life.

Gayle had several hobbies she enjoyed throughout her life: boating, gambling, baking, camping, reading, gardening, sewing, parties at her house, and of course, a big bonfire. She also loved yearly trips to Ocean Shores, visiting The Point casino (and winning BIG), and driving to the Edmonds beach to watch the trains go by while enjoying a latte with a dollop of chocolate syrup.

Gayle is celebrated and remembered by her son, Richard J. Simon and his wife, Sandra Simon, her six grandchildren, and 2 great-grandchildren.