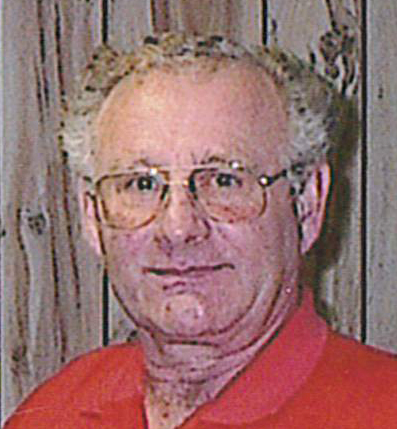 Joseph B Czarnecki, of Antigo, died Saturday, October 9, 2021, at the Clement J. Zablocki Veterans Administration Medical Center in Milwaukee. He was 77 years old. He was born on October 23, 1943, in Chicago, Illinois a son of Joseph and Amelia (Baginski) Czarnecki.

Joe was raised in Chicago where he graduated from Austin High School and attended Wright Junior College.

He worked in Chicago at Miehle-Goss-Dexter Printing Company as a machinist for 10 years.

After moving to Antigo he delivered fuel for Langlade Oil and operated a Shell Gas Station at Fourth and Superior. For 10 years he worked for South Side Tire as a route salesman. He worked as a potato inspector and drove truck for Wausau Carriers and Prince Brothers Trucking.

Joe served as an alderman on the Antigo City Council.

He was preceded in death by his parents and three brothers-in-law, Paul Wanca, Elery Chatman and Robert Mitchell; one niece.

A funeral service will be held on Saturday, October 16, 2021, at 10:30 a.m. at Bradley Funeral Home with Rev. Joel Sember officiating. Antigo Veterans will conduct military honors at the funeral home following services.

Langlade County Voiture 1204, 40 et 8 and the Timberwolves Detachment 354 of the Marine Corps League will assemble at the funeral home at 5:00 pm.

Interment of his urn will take place at a later date at Wisconsin Veterans Cemetery, Union Grove, Wisconsin.

"Sending my sincere sympathy to Joe's sisters: Helen, Jean, Irene, Dorothy & Joan on the passing of your brother Joe. Joe was an investment client of mine. Joe would come to my office at Birnamwood and we would discuss his investment ideas. We last visited on August 25th. He was in good spirits and we had a nice conversation. I was shocked to see the obituary in the Antigo newspaper. May he receive his reward in Heaven for his good deeds and services preformed in his years on earth. I will miss his visits and conversations. My sincere sympathy. David Narloch, LPL Financial, Birnamwood, WI. "

"I?m very sorry for your loss of Joe. My family and I lived next door on Lawler Ave. had a wonderful childhood growing up . I remember Joe working on his car in the garage and he would come up to our cottage in Armstrong Creek with the Olech?s who lived on the other side of our home. Peace and comfort to your family may he RIP . I just lost my husband on 9/13 time heals all . God Bless "

"I got to know Joe back in the 70's when we were members of the Antigo Sno-Drifters. He was a very kind man. When my husband had to work in Milwaukee for months and I was pregnant, Joe would pick me up and drive me to the meetings. Then, when we were moving out of town, Joe bought our house on Fifth Avenue. His family has our deepest sympathy. Sandy Blakley "

"My sympathy to Helen and the family of Joe. I had a nice talk with Joe at Jack's funeral last November...Dave Csuy"