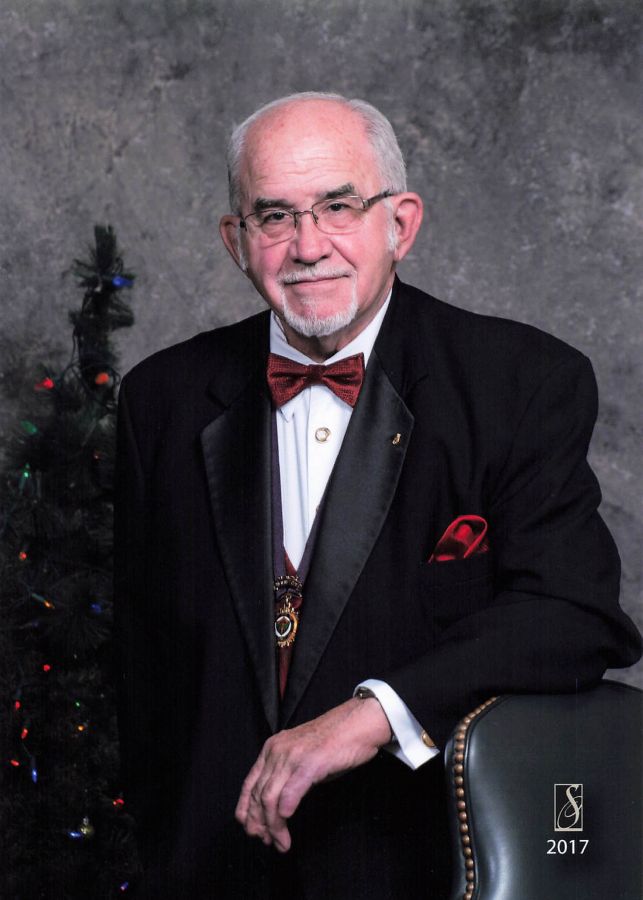 Ron started working at Eagle Shoe Repair Shop shining shoes at a very young age. The owner then taught Ron how to repair shoes. Ron worked at Kinney Shoes as an Assistant Manager for several years. Then he worked at Dayton's a short time before becoming a Sheet Metal Apprentice in April 1966 and completing his Sheet Metal Journeyman in 1970. Ron was on the Apprenticeship Committee for 8 years and very active in the union. He left the Sheet Metal trade in 1986 due to health problems. Later, he owned Allstate Car Wash for approximately 10 years.

Ron was a long-time member of Homestead Church, serving on the Trustees, as well as teaching Sunday School for a number of years. He was a 30+ year member of the Masonic Lodge #21 A.F. and A.M. in Rochester and the Scottish Rite. He was a longtime member of the Osman Shrine Center in St Paul, MN and the Rochester Area Shrine Club. Ron was selected as Shriner of the Year in 2016. He was a member of the Zagalas Car Club and the Merry Medics Clown Club. He participated in numerous parades with his fellow Shriners. He often drove one of his convertibles in the parades and played music: 1929 Mercedes SSK Replica, the 1971 Pontiac LeMans, the 2000 Black Corvette or 2004 Blue Corvette or dressed as "Patches" the clown. He often made balloon animals for children of family and friends. He always loved his cars and during his high school years was a member of the Idlers Car Club in Rochester.

Ron was quite a gifted craftsman. He learned to make turquoise jewelry, hand-crafted fishing rods, numerous wood products in his woodturning shop...Cremation urns, gavels, dice cups, duck calls, boxes, bowls, pens, etc. He was very generous and donated many of his crafts to fundraisers in the community as well as the Shrine Club. Ron was a former member of the Zumbro Valley Woodturners Club in Rochester. He was also a member of the Rochester Elks Lodge #1091 and Fraternal Order of Eagles.

Ron enjoyed travelling, especially the cruises to the Panama Canal, Hawaii, Alaska and the Caribbean Islands. As well as the annual trips to Florida and Arizona. Ron rarely missed the Vikings and Twins games. Ron spent many vacations on Canadian fishing trips with friends. He loved telling stories and looked for appropriate times to tell one of his many jokes. He also loved to sing Karaoke.

A memorial service for Ron will take place Saturday, October 30, 2021 at 11:00am at Ranfranz and Vine Funeral Homes (5421 Royal PL NW Rochester, MN). Visitation will take place from 5:00pm-7:00pm on Friday, October 29, 2021 at the funeral home with a Masonic service starting at 7:00pm. Visitation will also take place one hour prior to the service Saturday at the funeral home. Burial will be at East St. Olaf cemetery.

Ranfranz and Vine Funeral Home is honored to be serving the Pew family; to share a special memory or condolence please visit www.ranfranzandvinefh.com

"Our sympathiy such a very nice man"

"Paraleen and family, I am sorry for your loss. I was talking with some family members on Saturday saying that Ron was my classmate and you were Don's classmate at Waseca. We just spread Don's ashes on Saturday. He passed last December."

"Lots and lots of positive memories of Ron--driving super cool cars, being a loving husband, supportive son-in-law , a very involved grandpa, and a great "neighbor." Overall, Ron was just such a kind, interesting person. Every memory I have is a positive one, which is really saying something. I am a better person because I knew him."