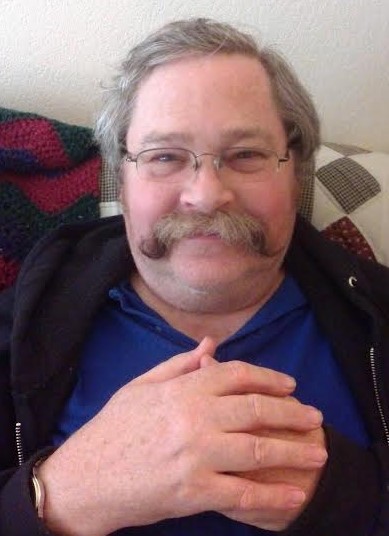 David John Thornton passed quietly on Friday, October 15, 2021 surrounded by family at Israel Family Hospice House in Ames from complications of lifelong Diabetes. A visitation will be held on Wednesday, October 20, 2021 at St. Gabriel's Catholic Church, in Zearing, from 9:00-11:00 a.m. Immediately following the visitation a Mass of Christian Burial will begin at 11:00 a.m. with Father Rick Dagit officiating. Mask and social distancing are strongly recommended. A private family burial will be held at a later date.

Dave was born on April 6, 1959 in Marshalltown, IA and grew up on a farm east of Zearing enjoying fishing, motorcycles, snowmobiling and hunting. He attended Camp Hertko Hollow several summers in their summer youth programs for diabetic children.

Dave was baptized and confirmed at St Gabriel's Catholic Church in Zearing. He graduated with the class of 1977 at NESCO HS in Zearing, IA. He went on to graduate from DMACC in Ankeny with a degree in Commercial and Advertising Art.

Dave was an old soul who loved older TV shows he watched growing up in the 70's, especially Westerns or any animated program. Family knew not to call him if Jeopardy was on-it didn't matter if it was a re- run!

Those close to Dave knew he loved telling and hearing jokes! He also enjoyed playing chess but had a difficult time finding competitors, telling staff at Story County Medical Senior Care that he didn't like to win ALL the time!

He was pre-deceased by his grandparents, parents Don and Elizabeth 'Betty' Thornton, his son Alexander Royce Thornton, his younger brother Dennis Paul Thornton and several aunts and uncles.

He wanted to thank those who visited and called and helped care for him especially the past three years including most recently the staff at Story County Medical Senior Care who were kind and caring along with the wonderful compassionate staff at Israel Family Hospice House in Ames.

In lieu of flowers, memorial contributions may be directed to PO Box 215 Gilbert, IA 50105 for his son, Brody Thornton, or to Camp Hertko Hollow to help diabetic youngsters afford the summer programs.

Not written by Dave but said by Dave "Treat each day as your last, one day you will be right!"

Fredregill Funeral & Cremation Care has been entrusted with caring for David and his family.