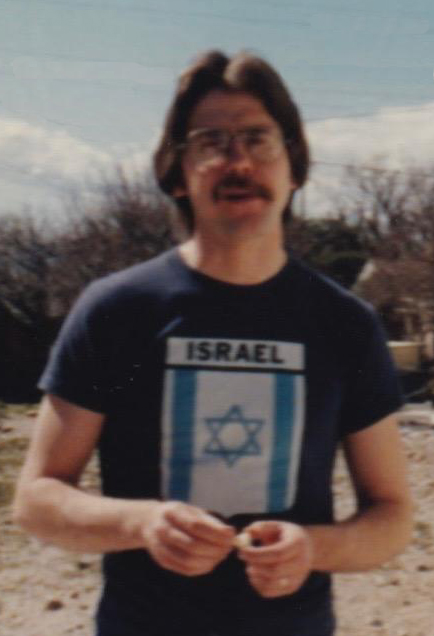 Kenneth Reese Lish
On Saturday, October 16, 2021, a beautiful fall afternoon, our father, brother, uncle, grandfather, and friend went home.
He was born in Brigham City, Utah, on April 25, 1951, the son of Marjorie and Elmo Lish.
He married Aileen Coates on March 15, 1975. They raised three children: Brandon, Amanda and Aimee. Aileen passed away on October 28, 1997.
He married Erica Baton on September 9, 1999 and she brought her four children, Roger, Shane, Niari and Danielle. We became a united family. Erica passed away on October 13, 2021.
He was a graduate of Box Elder High School in 1969.
Ken was in the Peace Corp and was an active member of the Elks Lodge of which he served as Exalted Ruler in 1984. He was also involved as a trustee overseeing charitable events and fundraising for many years. He worked at Andersen Ford, where he was parts manager and then later went to work at ATK until he retired. His hobbies included working on cars, guns, gardening, and his family.
He is survived by his children, Amanda Lish; Aimee Lish; Roger S. (Lisa) Baton, Jr; Shane D. (Leslie) Baton; Niari A. (Justin) McFarland; Danielle Brown; 13 grandchildren; sister, Patsy Koford-Beecher as well as many nieces and nephews.
He was preceded in death by his first wife Aileen, second wife Erica, son Brandon, parents and brothers, Ronnie K. and Rex Lish.
In accordance with his wishes no services will be held. A celebration of life will be held at a later date.
The family would like to thank the nursing staff of BCCH for their love and the amazing care he received.
In lieu of flowers, please donated to Shriners Hospital and The American Cancer Society.
He will be greatly missed by all.
Send condolences to www.gfc-utah.com.

"Ken's BEHS Class of 1969 has added him to our Class Memorial page at this link. Please stop by anytime and leave a comment. https://memorialbehsclassof1969.blogspot.com/2021/10/kenny-lish.html"

"My sincere condolences on my behalf and Ken's Classmates from BEHS Class of 1969. We share in your sorrow and know that they are celebrating each other and their families in Heaven. They are watching over us and will be proud of Erica's service today. Here is a link to the photos I took today. Thank to the family for letting us share the services with you. Our best wishes to each of you. https://photos.app.goo.gl/PReWzNUPsDiKDopBA"

"Ken, you were one of the most amazing coworkers and friend I have ever known. Your wit was unmatched.. The world has lost a great soul"

"Kenny was my friend starting at Bunderson Elementary 2nd grade (I'm in the middle top row of the picture below) through high school. And, while I have not talked to him since our 5-year reunion decades ago, I remember him as a gentle, kind young man. I suppose it is easy after so many years to forget those who one knew as a child, but Kenny (I knew him as "Kenny") is one friend that I have remembered over time. When I get back to Brigham, I often point to a home as I pass it and tell my wife: "That is where Kenny Lish lived...he was my friend". He was a good guy and his passing is a loss to his family and the community. My condolences to his family for the loss of both parents. "

"I thought Ken was the most polite, well-mannered person. He personified kindness. Peace be with you. "

"I knew Ken from High School and always admired his cool Mustang. I later worked with Ken at THIOKOL/ATK for a number of years and enjoyed his friendship and his work ethic. After the passing of Aileen I met Erica and was so happy for Ken that he had found someone to spend his life with. I am so sorry for their passing and believe there is a joyous reunion in heaven. Bruce Garrett"