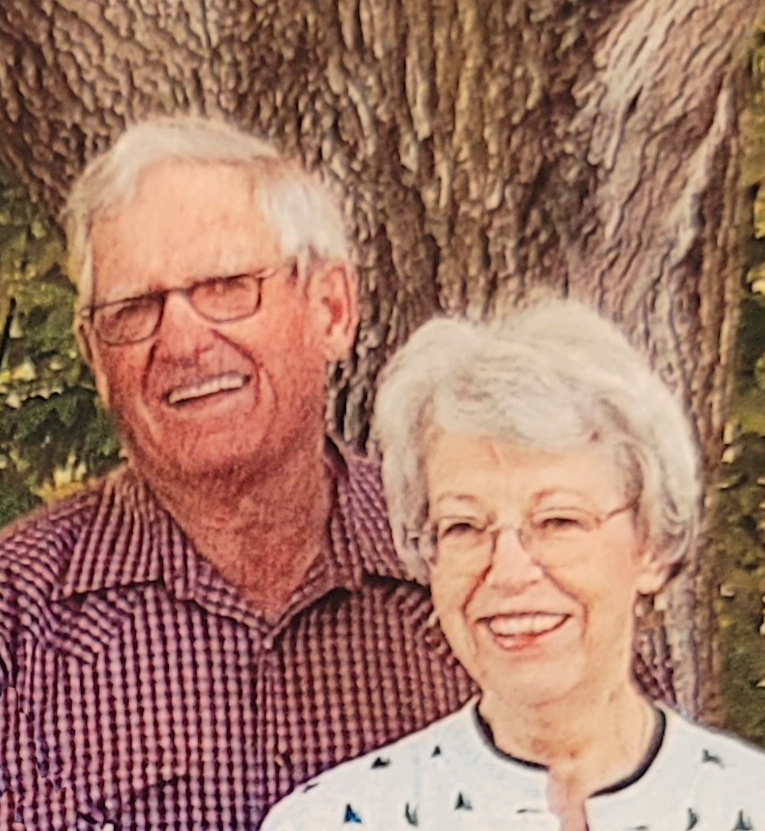 Paul G. McKinnon
"Together Again"
Our father, grandfather, great grandfather, brother, uncle and friend, Paul Gale McKinnon, 86, passed away on Monday, October 18, 2021 at his home in Brigham City, Utah.
He was born on January 31, 1935 in Randolph, Utah, a son of Gale and Bertha Dickson McKinnon. He was reared and educated in Rich County Schools, graduating from South Rich High School. He also attended Boeing engineering school.
He married Shirlene Barnes on September 11, 1953 in Evanston, Wyoming. They were later divorced. Paul married his sweetheart Carmen Reeder on August 4, 1962 in Brigham City, Utah. Their marriage was later solemnized in the Ogden Temple. Carmen passed away on April 9, 2011.
Paul is a member of The Church of Jesus Christ of Latter-day Saints and a member of the Brigham City 2nd Ward.
Paul owned and operated his own business, Tool Engineering and Manufacturing. Paul loved machinery and equipment. The older the machinery the more valuable. He always said, he was a fourth-generation black smith. Paul spent his life building and inventing machinery and was granted three US Patents.
He lived in Brigham City most of his life but, Randolph Utah was always his home. Ranching and farming was always a passion.
Surviving are six children: Paulene (Eric) Jackson; Byron (Sarah) McKinnon; Lane (Jennilyn) McKinnon; Craig (Pamela) McKinnon; Kellie (Ulakai) Tuiono; Tony (Elizabeth) Vazquez; 21 grandchildren; two sisters, Susan (Grant) Wood and Iris McKinnon.
He was preceded in death by his parents, his wife, Carmen, a son Melvin Perry McKinnon, a daughter Megan McKinnon, three brothers, Elwin McKinnon, Jason McKinnon and Aaron McKinnon and one sister, Pearl Cornia.
Funeral services will be held on Tuesday, Oct. 26, 2021 at 11:00 a.m. at Gillies Funeral Chapel, 634 E 200 S., Brigham City, Utah.
A viewing will be held on Monday from 6:00 to 8:00 p.m. and on Tuesday from 9:30 to 10:30 am at the funeral chapel.
Interment will be in the Brigham City Cemetery.
Send condolences to www.gfc-utah.com

Click this link to view additional details about Paul's Services, including any available live streams: https://my.gather.app/remember/paul-mckinnon