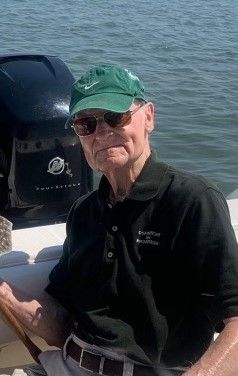 Born in Philadelphia, PA, he was the son of the late William Lewis and Regina (nee Ronneburger) Spielberger and preceded in death by his brother William.

He served from 1953 to 1955 as a Sergeant in United States Army during the Korean War, followed by 8 years in the Army Reserves.

Robert was a Systems Analyst employed by Richardson-Vicks, which merged with Procter & Gamble in 1985. He retired in 1992 and then went on to work for Systems Software Service and continued to do private consulting until two years ago.

Mr. Spielberger was a member of St. Alphonsus Church, Men of Malvern, and APICS that is now ASCM the Association for Supply Chain Management an organization where Robert enjoyed the travel to meetings and the people he met.

He enjoyed photography, gardening, building model airplanes and trains, playing mini-golf, and fishing. Family vacations in Ocean City, NJ began when he was a child and continued every year with his own family. That tradition was continued with his grandchildren until the pandemic in 2020.

Robert was the world's best husband, married for 62 wonderful years to his beloved wife Mary Ann (nee White) Spielberger. He was the best father to Robert J. (Susan Insetta) Spielberger of Collegeville, PA, Karen A. (Thomas) Sullivan of Maple Glen, PA, Michael F. (Dana Foster) Spielberger of Yardley, PA, Mary T. (Tom) Parvesse of Malvern, PA, Jacqueline M. Cornagie of Sarasota, FL, and Kristen (Lance) Giordano of Doylestown, PA. He was the loving grandfather of 18 grandchildren and great grandfather of 2 great-grandchildren. He is also survived by his brother John Spielberger of Lansdale, PA.

Relatives and friends are invited for a family visitation on Monday, November 1, 2021 from 10:30 to 11:30 AM at St. Alphonsus Church, 33 Conwell Drive, Maple Glen, PA 19002. Funeral Mass at 11:30 AM will be celebrated with Pastor Msgr. Brian P. Hennessy, Entombment will be in Holy Sepulchre Cemetery, Cheltenham, PA.

The family would appreciate remembrances in Robert's memory to St. Alphonsus Church at the above address.