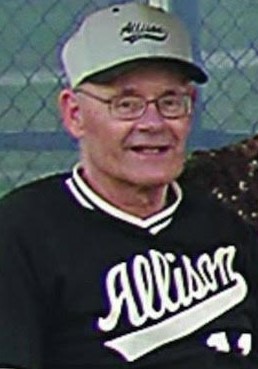 Steve graduated from Allison High School in 1967. He went on to attend NIACC and Ellsworth Community College. Steve worked for a number of years as a counselor through Hawkeye Community College, with a focus on workforce development.

On April 14, 1979, Steve married Jean Hauge at St. John's Lutheran Church - Vilmar. To this union one son was born: Casey.

Sports were a huge part of Steve's life, especially baseball. He loved playing, coaching, and watching it. He played for the Allison Cats, coached little league in Allison, coached senior league in Waverly, served as an assistant coach at Allison-Bristow and Waverly-Shell Rock, and after retiring he enjoyed watching Casey coach the Go-Hawks. Steve was a longtime supporter of Allison-Bristow sports, and made it to as many games as he could. Outside of baseball Steve was an avid golfer and bowler. He also enjoyed watching the Iowa Hawkeyes.

Steve is survived by his wife, Jean Klunder of Waverly, his son, Casey (Kayla) Klunder of Pella, his grandson, Kyler Steven Klunder, and his sister, Denise (Jim) Nottger of Vinton.

In lieu of flowers memorial contributions may be given to Steve's family to be put towards a future memorial at the baseball field in Allison.

"I had the pleasure of working with Steve, My first week on the job was when Casey was born. He was such a proud dad. He loved his family I think even more than the Yankees. I feel blessed to have known him and had the added blessing to call him my friend. Blessings Jean and family. A great man for sure, "

"Steve's mom and my mom worked together at the courthouse for years. MY grandparents and his lived back to back. Since I spent my summers in town at my grandparents, Steve and I became good friends. My heart goes out to his family"

"So sorry to hear about Steve. I had just connected with him via FB in the last year. We spent time together in Allison as kids playing ball. Imagine that! Just the 2 of us at the school in the summer when I would visit his Grandparents Otto & Lydia. Blessings to the family. "