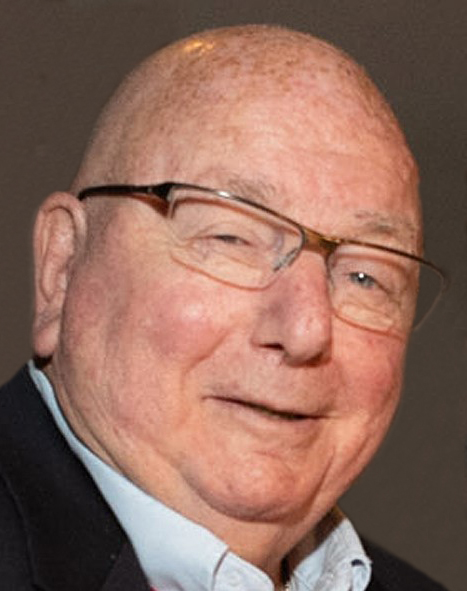 Ronald Ray Hirth, 79, of Ankeny, Iowa passed away peacefully on Saturday, October 30, 2021, at the Hospice of the Valley in Chandler, Arizona, after a short hospitalization.

Funeral services will be held at 11:00 a.m. Monday, November 8, 2021, at Zion Reformed Church in rural Sheffield. Ron will not be wearing a tie and his request was for no one else to wear one. Burial will take place in the Oakwood Cemetery in Ackley. Visitation will be held from 2:00 p.m. until 5:00 p.m., Sunday, November 7, 2021, at the Sietsema Vogel Funeral Home in Hampton. Memorials may be directed to Sietsema Vogel Funeral Home.

Ron was born February 24, 1942, on a farm in rural Geneva, the son of Raymond and Esther (Heitland) Hirth. Growing up on the farm he worked with his father and Uncle Marvin as he attended the Geneva school system, graduating with the class of 1960. He lettered in basketball and baseball, and was an Iowa West Fork all-conference selection in basketball. After high school he briefly farmed, helping on weekends until his father's death. He was proud of the Century Farm, which remains in the family. He held positions in the financial industry in Hampton, the Quad Cities and Des Moines. Ron's first marriage bore 2 sons.

As a Hampton resident he served the community as Treasurer of the Franklin County Fair Association, the Hampton Community Housing Corporation, the Hampton Juvenile Playground Committee, and the Salvation Army. He also volunteered with the Red Cross and was a member of Hampton's Lion's Club for many years, serving as President in 1973 and being recognized as a Privileged Lion in 1985.

As a young man he continued to be active in sports, as a member of the Hampton Country Club and the catcher on the local CAL fast pitch softball team. He also refereed high school football, and umpired baseball and softball. Teaming with Roger Minnier, Bob Bender, Gene Heilskov, and Harold "Skinny" Menning.

Ron was united in marriage to Marlys (Pralle) on February 22, 1992. They lived in the Des Moines area, and spent time traveling. After retirement Ron enjoyed attending his grandchildren's sporting events. He looked forward to Iowa Winters, because for several years he and Marlys spent them in Sun Lakes, Arizona. His front porches were the gathering spot for morning coffee for the neighborhood men in Iowa and Arizona. Ron was a lifelong Christian who consistently attended services at several locations. At the time of his death, he and Marlys were transferring their church membership to Zion Reformed Church in Sheffield, as they enjoyed Reverend Petri's services and conversations.

The family would like to thank the staff at Hospice of the Valley in Chandler, AZ for their special care.

Ron is survived by his wife, Marlys of Ankeny; sons Kurt (Kim) of Arlington, Virginia; and Kory (Ann) of Windsor Heights, and grandchildren Kathryn and Amanda. Marlys' family David Pralle of Las Vegas, Tami (Jon) Suntken of Belmond, and children Katelyn (Ryan) Borcherding (daughter, Kensley), Kellen, Kendrick, and Kirsten; Lisa (Kelly) Bennett of Ankeny, and children Alexandrea and Drake; Aunt Jane Hirth of Ackley; and several cousins. He was preceded in death by his parents, aunts, uncles, and cousins.

"Ron was a wonderful neighbor. Living next to him for two years, he was the first one who Jim and I met and could see he would become a good friend. He was always a little ornery with me and making jokes all the time which made me feel at home. With Marlys and Ron next door, it was a neighborhood that had many friends. We will truly miss him and his great sense of humor. May God Bless his family that he left behind and know he is with the ones that went before him. He spoke of his mother often and I smile when I think of their souls together. Prayers for all the hearts that will miss him and are so saddened by losing his presence. Beth"

"Marlys and family So sorry for your loss. Cherish your memories! ??"