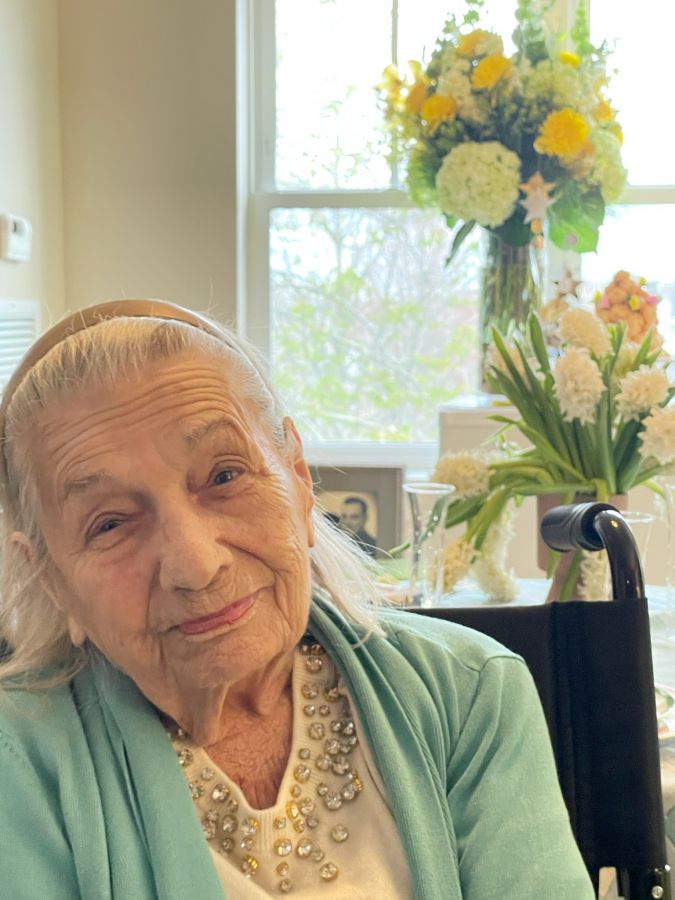 Micheline Marguerite (Filippi) Marion passed away at the age of 100 on November 9, 2021 at St Clare Home in Newport RI. At her side were her daughters Christine and Sandra.

Micheline was born to Raoul and Charlotte Filippi in Paris, France on April 30, 1921. Living with her parents and working as a secretary in the leather industry, she lived through the German Nazi Occupation of Paris shielded by her parents. Not long after the Liberation, she met, fell in love with and married an American GI LeRoy (Roy) Marion (aka 'Jim' for Micheline) of Swanton, Ohio. They were fortunate to remain in Paris before Jim's assignment to Germany and their eventual relocation to Detroit, Michigan. Germany and the US both held losses for Micheline; in Germany she lost her first child at birth and with the move to the US she was separated from her parents for whom she was an only child. She never lost hope that she and Jim would eventually return to Europe. And they did. Not long after the birth of their daughter, Christine, Jim was able to secure a civilian position with the US Armed Forces in France where their second daughter Sandra was born. Micheline was determined to ensure a bi-cultural and bi-lingual upbringing for her daughters. The family lived in both French and American military communities and remained there until the 1960s when foreign militaries were requested to leave France.

Having lived many years as part of an American community, the family looked forward to a move to the States, living first in Massachusetts and then permanently in Maryland. Micheline was able to travel to France often to visit relatives. Following 'Jim's' retirement, they expanded those travels to discover more of Europe, South America, and Africa. After being widowed in 1996, Micheline remained in Maryland to be close to her daughter Sandra and later at age 93 moved to Newport, RI to live with her daughter Christine.

Micheline whose paternal family was Corsican was known throughout her life for her strong will, strength of character, determination and devotion to her family. She was also a true Parisian, with an exceptional sense of style, a wicked sense of humor and demanding the best in everything and everyone. She was feisty and tough, a fighter to the end. Through her example, one learned that impossible was not acceptable, particularly if one was French. Micheline never gave up on anything.
Family meant everything to her. And she loved her family as fiercely as she lived, leaving them with the fondest of memories and a wealth of stories. Micheline is survived by daughters Christine and Sandra Marion, their husbands Phillip King and Tom Kennedy, her grandchildren Galen and Gabrielle Tigan and her great grandchildren Marribelle and Brody Tigan.

A small private memorial service will be held in Newport RI after which Micheline will make her final trip home to France to be laid to rest with her parents and daughter Dominique. And 'Jim' will certainly find his way to her there, for he adored his Micheline.

"Christine, I am so sorry to hear of your mother?s passing May she rest in eternal peace. My condolences to you and your family. Eneida"