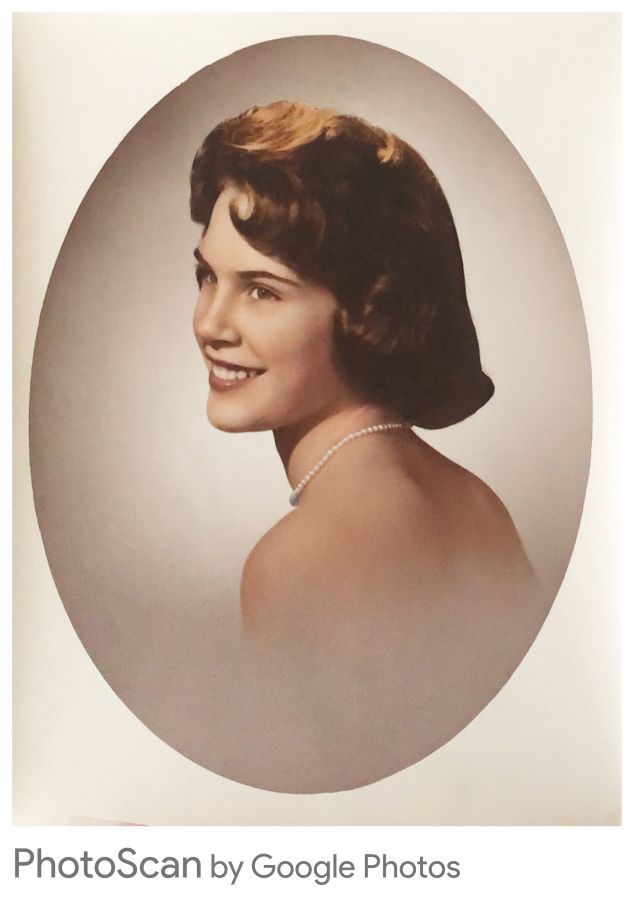 Judy Martin Christopher, 78, went to heaven on Saturday, November 13, in Dallas. She was born on September 18, 1943, in Cleveland to Ted and Marguerite Martin and grew up in Blytheville, North Little Rock and Fort Worth, Texas.

She attended the University of Arkansas where she was a member of Chi Omega sorority. She completed her undergraduate degree at Texas Women's University and later earned a master's degree from TCU while working and raising two children. She worked in public education, first as a teacher in the Fort Worth and Arlington, Texas, school districts and then as an administrator in Arlington, Irving and Carrollton-Farmers Branch.

The joys of her life were her husband Chris Christopher and her family. She and Chris enjoyed walking, riding bikes, traveling and much more in their many happy years together. In the last 10 years, Chris stood by her side and cared for her daily as dementia (frontotemporal degeneration) progressed, always making sure she knew she was loved.

She was preceded in death by her parents and sister, Ann Martin Puryear. She is survived by her husband; her son Scott Cain and wife Sharon of Springdale; daughter Mary Ann Pike and son-in-law Keith of San Antonio; step daughter, Julie Christopher of Seattle and her husband Damon Pipkin; niece Mary K Bridges and her husband Chuck of Willow Park, Texas; and five grandchildren.

Family and friends will gather at a later date to celebrate her life. Burial will be in Wilmot.