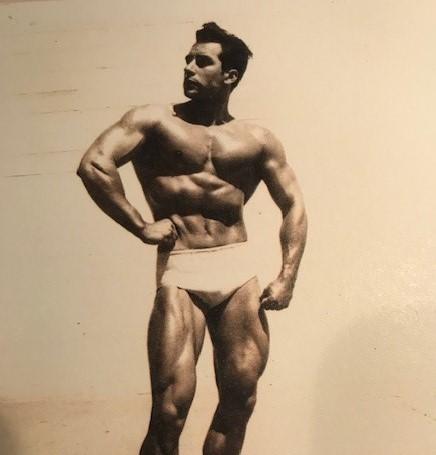 Bill created a world of beauty--from bodybuilding to music to art.
William (Bill) Cerdas, age 98, of Sarasota, Florida, was born in Limon, Costa Rica on April 17, 1923 and died on November 15, 2021. Bill will be missed by his loving wife Irene, sister Lydia (Carmine) Mode, daughter Linda (Bob) Holt, sons Bruce (Terry) Cerdas, and Cliff (Nancy) Cerdas and numerous grandchildren, great grandchildren, and nieces and nephews. He was preceded in death by his parents Rafael and Ziola Cerdas, brother Amado Cerdas, and sisters Ruth Cerdas and Gladys (Emilio) Bernabe.
Bodybuilding was a lifelong passion of his. Bill was a competitive bodybuilder from a young age. Crowned "Mr. New York City" and "Mr. New York State," he was also highly ranked in the "Mr. America" and "Mr. World" contests and graced the covers of several bodybuilding magazines. He was proud to be a model for the New York Art Students League. Bill and Irene's art collection could rival a fine art museum. Going to galleries, meeting artists,and collecting their works gave them great joy. Classical music and jazz filled their home. Bill thoroughly enjoyed fine dining with a twist. Every day began with a raw egg in orange juice and sometimes finished with an appetizer of Chinese Chicken Feet. Bill was passionate about Irene--she was the love of his life and they were married for 43 years.
The family wishes to thank the staff at Sunnyside Village for the exceptional care that was given to Bill. Donations may be made to Sunnyside Foundation, 5201 Bahia Vista Street, Sarasota, FL 34232 or sunnysidevillage.org