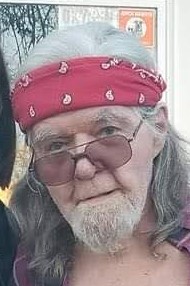 A Celebration of Larry's Life will be held at 2:00 p.m. on Sunday, November 28, 2021, at Wilson's Tap and Recreation, 1008 Story Street, in Boone. Condolences may be expressed online at www.amesmonument.com.


Born December 23, 1937, Larry Billy Hopkins was the son of James Russell and Margaret Mae (Hutchinson) Hopkins. He grew up and received his education in Boone. Larry was united in marriage to Rose Hodges. The couple lived in Colorado Springs before returning to the Boone/Ames area and became parents to one son, James Edgar Hopkins. Larry was employed by C&D Sanitation in Ames for 47 years, followed by semi driving for Kreiger's Greenhouse for many years.

Larry enjoyed camping with family and friends, country western music, and watching wrestling on television. He had a special place in his heart for animals and loved watching and feeding the birds and squirrels that came into his yard.

He was preceded in death by his wife Rose in 2016; his son, James, and daughter-in-law Jo Ellen Hubby; his parents; two brothers, Russell Hopkins and Merle Hopkins; and a sister, Rose (Hopkins) Ballard; and a niece, Michelle Hopkins.

Ames Monument & Cremation Center has been entrusted with the care of Larry and his family.