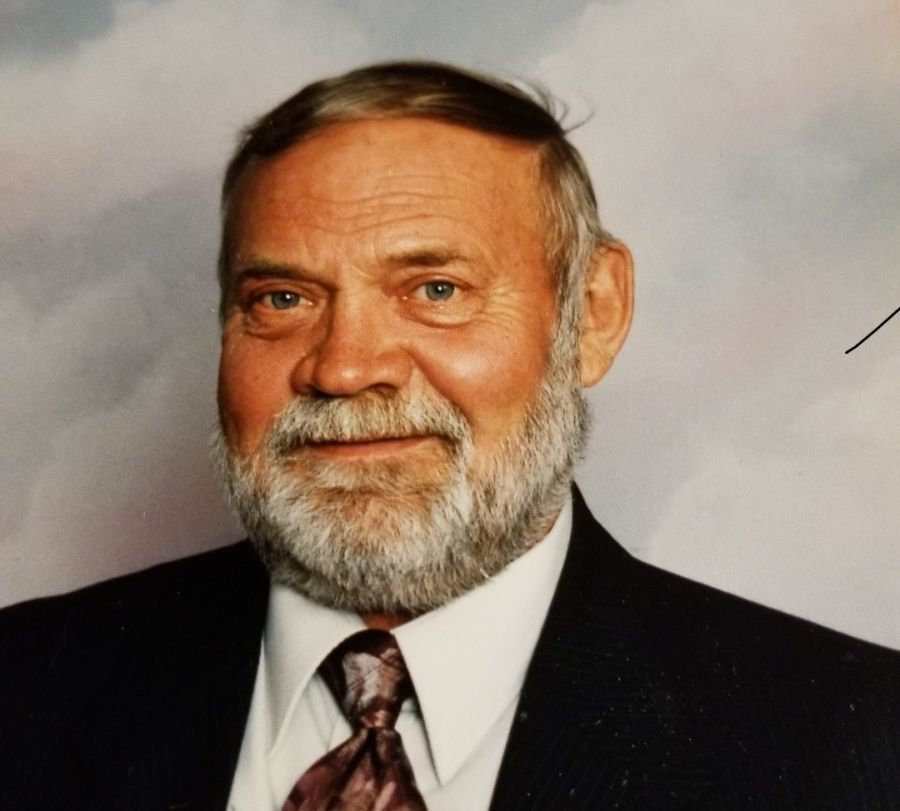 Duan Duane Schroder passed in peace on Wednesday, November 17, 2021 at the age of 87. Duan was born at home in Galt, Iowa, on August 27, 1934. After the tragedy of losing his father in World War II at the age of 10, Duan moved with his mother and two younger sisters to Colfax. The family lived at the Grand Hotel where his grandparents, the Carlsons, were the owners. Duan and his sister Pat earned the nicknames Fred and Ginger, after the famous 1930's dance partners Fred Astaire and Ginger Rogers, because of their impressive dancing abilities. Duan attended Colfax High School during his formative years where he met his high school sweetheart, Karalyn Talsma, who he charmed into marrying him in 1953.

After graduating from Colfax High School in 1951, Duan worked on crews building bridges and roads on Highway 6 west of Newton and experienced side effects of the difficult working conditions of asphalt scorching his skin. Duan then went to telegraphy school in Marshalltown, Iowa, where he worked as a soda jerk while attending school. He became proficient in Morse Code, which led to him landing a job with the railroad, a career choice that would span decades. Duan had a reprieve from the railroad when he and Karalyn purchased and ran the Pizza Palace in the 300 block of West State St. in Colfax. After selling the Pizza Palace, Duan worked for the Iowa State Highway Commission driving a snow plow before returning to the railroad and working for Chicago, Rock Island and Pacific railroad as a train conductor, brakeman, and switchman.

After retiring from the railroad in 1989, Duan managed to keep himself busy with some of his many hobbies. He enjoyed spending time outdoors, hunting, fishing, gardening and tending to his land. He also loved spending time with his grandkids and great grandkids who he used to trick into doing yard work for him by bribing them with rides on his coveted orange Kubota, which he rigged up with his walkman CD player so he could listen to some of his favorite artists like Johnny Cash, Waylon Jennings, and Willie Nelson. During the summer months you could always spot him roaming the streets of Colfax on that Kubota.
Duan was also a man who enjoyed the finer things in life and he liked to regularly treat himself to ice cream cones from Goldie's and Casey's. Additionally, Duan never met a dog he didn't like and made a hobby out of that interest by training many hunting dogs throughout the years. He soon became known as the "dog whisperer" to many because of his natural dog-training abilities, which were all self-taught. Duan also liked to think of himself as quite the handy-man. He was convinced that there was nothing he couldn't fix with a roll of duct tape, some bungee cord, and a couple of zip ties, even if it meant breaking some fire codes in the process.

Visitation will take place on Sunday, November 21, 2021 at Coburn Funeral Home in Colfax from 2:00 - 4:00 pm. A private family funeral will take place on Monday. Memorials may be directed to the Colfax Ambulance Association and condolences may be left for the family at www.coburnfuneralhomes.com.

"Another railroad went to heaven"

"Duan was a special guy and the world will miss his humor and wit. He and Doug had many a laugh and stories together. My sympathies to your family. Jean Thomas"

"Debbie, I was sorry to read about your dad's passing. May fond memories comfort you and your family. Beth Weirick Humphreys "