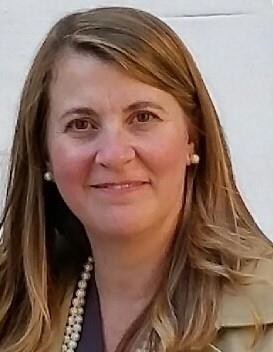 Christina Constantine Logothets, age 52, of Newport, Rhode Island, passed away peacefully on November 13, 2021 at home surrounded by her loving family. "Chrissy", as she was called by family and friends, was a lifelong Newporter, devoted to her family and her Greek Orthodox faith and heritage. She was a dedicated elementary school teacher for over 25 years and worked tirelessly on behalf of her students, who loved her as much as she loved them.

Chrissy was born in Newport to Constantine and Myrsine (Bouras) Logothets. She was a graduate of Rogers High School, where she was a cheerleader, and then of Rhode Island College where she earned her degree in Education. Throughout her life, Chrissy was an active member of St. Spyridon Greek Orthodox Church serving as a member of the Parish Council, Sunday school teacher, and as a member of the Daughters of Penelope. Chrissy also proudly served as the longtime President of the Island of Skiathos Organization and with the leadership of then City of Newport Mayor Harry Winthrop, spearheaded efforts to establish the Newport- Skiathos Sister City Club. Serving as its Chairman, Chrissy produced and hosted Greek cultural events throughout Newport and Skiathos, Greece to develop the sister city relationship. Her work through these events supported the efforts of the Skiathos Retired Seamen's Association to create the Maritime Museum of Skiathos in Skiathos, Greece.

Chrissy's beautiful smile and warm laughter would light up any room. Her honest, genuine, and light-hearted spirit endeared her to everyone she would meet. Chrissy's dedication to her family was exemplified by her faith and heritage in such that she was loving, generous, and always putting others before herself. Her greatest joy was spending time with family, especially her niece and nephews.

Chrissy is survived by her mother, Myrsine Logothets, her sisters; Stamatia "Tammy" Logothets and Kathryn Mckeon and her children, William, Constantine, and Myrsine McKeon, all of Newport. She is also survived by her Nouna, Mary Logothets Michael of Newport, and cousins; Kathryn Williams (John) of Cohasset, MA and their children Mary and Stephanie Williams, as well as John Michael of Newport. In addition, Chrissy leaves behind many cousins in Skiathos, Greece.

Chrissy is preceded in death by her father, Constantine "Gus" Logothets and her late Nouno Arthur Michael.

Funeral and burial service will be private. In lieu of flowers, donations can be made to the Island of Skiathos Organization, Christina Constantine Logothets Endowment Fund, 54 Berkeley Avenue, Newport, RI 02840

"To Kathy and the Logothets family, my deepest condolences to you and family for your loss. Chrissy was a beautiful person and will be missed. My thoughts and prayers to all. - Leandrea Traynum (Lily Bebe) "

"So very sorry for your loss. May her memory be eternal. - Amintha Cinotti "

"To the Logothets Family, I worked with Chrissy at the JFK School in Middletown. She was always pleasant, hard working and dedicated to the children. Sincere sympathy to you all on such a huge loss. She loved her Family and Greek heritage above all. May she Rest In Peace."

"Tammy and family, My deepest sympathy to you all. Love n prayers, Beth Taber"