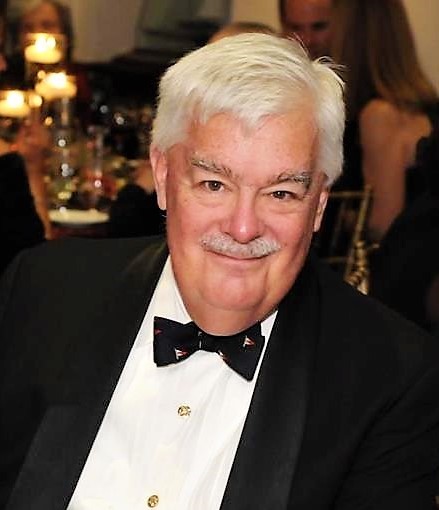 John Augustus Wayt, III of Jamestown, RI and Greenwich, CT passed away in Middletown, RI on November 17, 2021, of cancer. He was born on November 7, 1953, in Atlanta, the eldest child of Martha Kiser Wayt and John A. Wayt, Jr., and attended the Westminster Schools there. After graduation from Hampden-Sydney College in 1976, he began his career in telecommunications in New York City. He held management positions at AT&T, iXnet/IPC Information Systems, Global Crossing, and Telnet Communications, Ltd. He developed IPC's overseas business in Europe, Latin America, Asia Pacific, and Africa, and lived for several years in Hong Kong with his former wife, Sandra "Bunny" Brown Wayt. More recently, he served as Finance and Business Development Director of PlexHosted LLC and did consulting work for start-up companies through Reynard LLC.

He was an avid fox hunter until sailing became his avocation after college, and he later achieved racing success with his Swan44, "Vixen." He was a member of the New York Yacht Club, Royal Hong Kong Yacht Club, Indian Harbor Yacht Club, and Storm Trysail Club. He was a long-time paddock judge, Board member, and Treasurer of the Atlanta Steeplechase, of which his father was a founder.

A memorial service will be held in early 2022. In lieu of flowers, contributions in John's memory would be greatly appreciated to the New York Yacht Club Foundation, 37 West 44th St., NY, NY 10036 and the National Sporting Library & Museum, P.O. Box 1335, Middleburg, VA 20118.