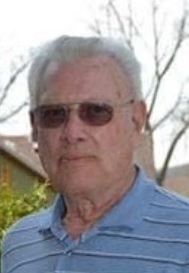 Leon Richard Eggers 86 of Rochester, died Friday, November 19, 2021 at Mayo Clinic Hospital, Methodist Campus. He was born August 24, 1935 in Plainview, MN to Arthur and Elizabeth (Carpenter) Eggers. Leon attended Six Oaks Country School, Plainview Elementary, and graduated from Plainview High School in 1953. After graduation he entered the United States Air Force and served from 1954-1958, he was stationed in Alaska and the Pentagon in Washington, DC as a communication specialist. Leon was united in marriage to Elaine Tollefson on September 13, 1957 in Mabel, MN. In 1959 he graduated telegraphy school in Marshalltown, IA and served as a Depot Agent for Northern Pacific Railroad until 1963. He was a tile setter for fifteen years in Rochester, and a Police Officer for Fifteen years in Plainview, Chatfield, and Zumbrota, and he was also an EMT in those same towns for Twenty-Five Years. He also drove Charter Bus.

A visitation in honor of Leon will be held Saturday November 27, 2021 from 10:00 AM-12:00 PM at Ranfranz and Vine Funeral Homes, a graveside service will follow immediately at Grandview Memorial Gardens in Rochester with full Military Honors.

Ranfranz and Vine Funeral Home is honored to be serving the Eggers family; to share a special memory or condolence please visit www.ranfranzandvinefh.com

"To The Eggers Family, Remember a very good Police Officer when he was serving in Zumbrota. Praying for you. Mary Kubat - Zumbrota Tammy Jackson - Pine Island"