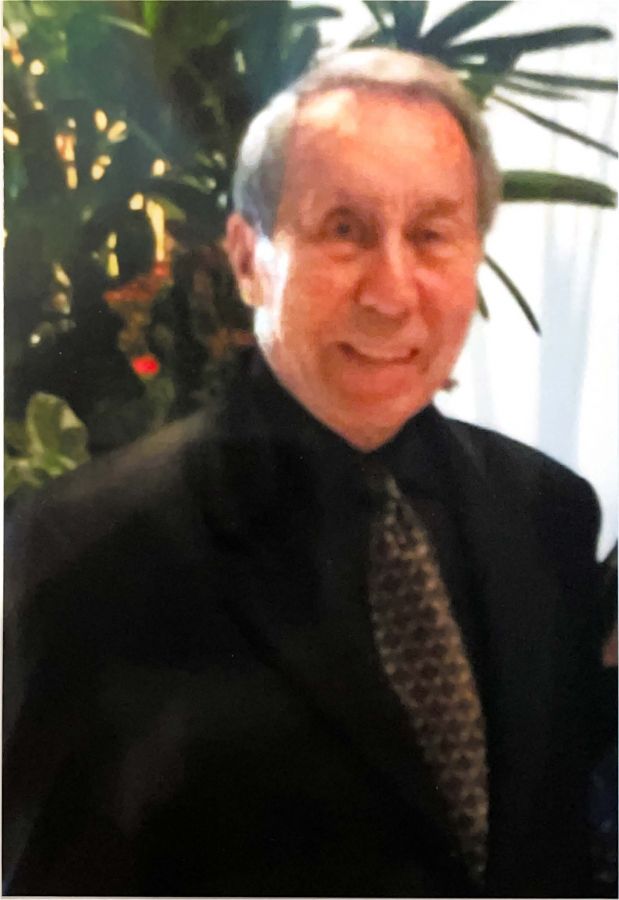 Harold Frederick Levine, known to all as Fred, passed away Sunday, November 21, 2021. He was a proud husband, father and grandfather. During his life he was an accomplished businessman, philanthropist, tennis player and musician, playing trumpet in Jazz bands during college, and most recently at his 90th birthday party this past fall. He was a rated tennis player, having won two gold medals at the Israeli Maccabiah games. He was proud to be included in the Arrow Sports Hall of Fame in Houston and loved to say he won his last tennis tournament at 83. A highlight of his year was being the shofar blower at Congregation Brith Shalom High Holiday services.

Fred was born in Kansas City, MO to Katie Bennett and Phil Levine. He spent his childhood in Wichita, KS. Fred attended the University of Oklahoma where he studied geology and met the love of his life, Velva Golden. They married after graduation and Fred joined the Air Force. Fred and Velva then returned to Wichita, started their family with Bob and Dana, and launched his business career.

Fred started working at age 13, and never stopped working hard. After the Air Force Fred began his career with Koch Engineering, then transitioned to President of Litwin Corporation where he expanded the business, both nationally and internationally. Among his proudest accomplishments were building the large refinery in St. Croix for Hess, as well as the first oil refinery behind the Iron Curtain. A member of YPO, Fred forged many life long friendships including Bob McNair, which led to him to becoming the Vice-Chairman of Cogen Technologies. Until the end Fred loved going to the office.

Philanthropically, Fred, together with Velva, had a passion for the Jewish community (and tennis). They have funded education programs in the Negev, a senior living complex in Morocco, cabins and basketball courts at Camp Young Judaea, and a tennis center in Ramat Hasharon. From supporting Holocaust Museum Houston since its inception nearly 30 years ago, to endowing the Jewish Family Service chaplaincy program. They were the principal underwriters of the Jewish Federation Connection Mission to Israel, The Innovative Lab at Emery Weiner School and 2nd Chance Program at Technion University. Most recently, and dear to their hearts they are funding construction of the new Jewish Federation building. They also supported the arts throughout Houston.

Contributions in Fred's memory may be made to the Levine Family Tennis Academy at ERJCC, Congregation Brith Shalom or Jewish Federation of Greater Houston.

"Rest Fred, until you hear at dawn, the low, clear reveille of God. Thank you for your service to this nation. U.S. Air Force."

"A wonderful person in every respect. Fred will be dearly missed at Brith Shalom."