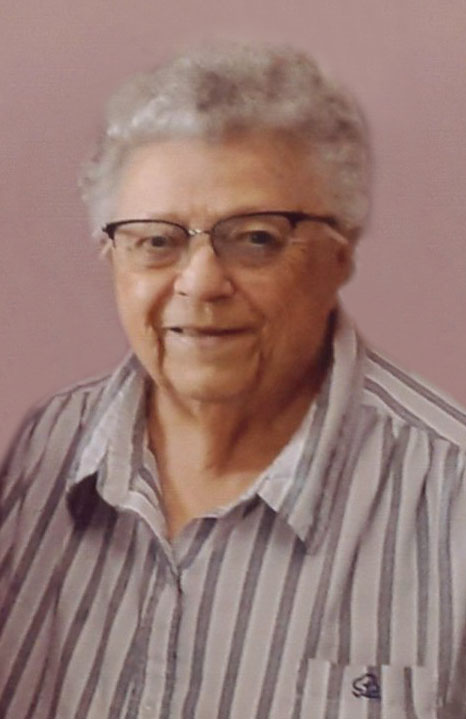 Norma Jean Boor was born on August 25, 1934, in Decatur County, Iowa, to James Ross and Reletta Fern (Wheeler) Boor, the fifth of ten children. She attended country schools as a youth, but quit after her 8th grade graduation to go to work. Norma married Ren Ione Bullis on May 1,1955, in Iowa Falls. To this union three children were born: Reynold James (Jim), Darrell Dean, and Rita Sue. They made their home in the Iowa Falls area and later divorced. In January, 1970, she married Ray Gersema and moved to the country south of Coulter; they later divorced. On October 27, 1972, she married Michael Doune Alderdyce. In 1977, they moved into Coulter.

Norma was a kind, loving woman who loved helping people. She was well known for her excellent cooking. She could take a little of this and a little of that and make a feast for a king. She enjoyed cooking and baking, especially at Christmas, when she would take trays of candy and cookies to family, friends and neighbors. She also put this talent to good use when she cooked at CAL school. No one ever left hungry from Norma's house! For many years she worked in others' homes, taking care of people.  Norma enjoyed being a part of the community, serving on the Coulter Community Housing and Over 60's boards of directors.

Along with Mike, Norma was an avid Hawkeye fan. She enjoyed travelling with him and enjoyed visiting casinos, where she often came away a winner. She loved playing cards and belonged to card groups for many years. In winter, Norma enjoyed putting together jigsaw puzzles, and enjoyed crossword puzzles year round. She had a passion for butterflies, hummingbirds, and collecting recipes.

"So sorry for your loss. You have my sympathy."