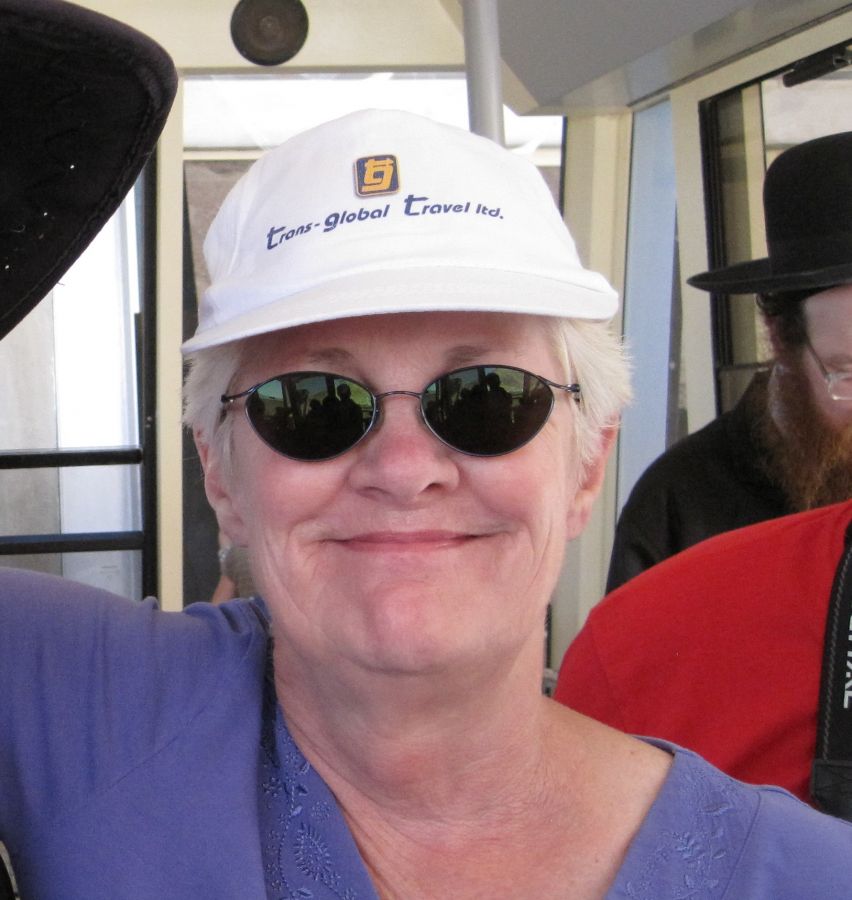 Longtime Reno resident Linda Atcheson was born on November 4, 1945, and passed into eternity on November 18, 2021, shortly after her 76th birthday. She spent her first 30 years in Texas and became an RN, later receiving her bachelor's degree in nursing from Westminster College in Salt Lake City, earning a GPA of 4.0. She first employed her amazing talents at Hermann Hospital, a major acute-care hospital in the Texas Medical Center in Houston. She was intelligent, skilled, and impressively brave: Early one morning in the emergency room she found herself facing a drunken man who had just mortally wounded his wife. He was waving and pointing his pistol at everyone in the ER, demanding to see her. Linda walked up to him and persuaded him to hand his pistol to her, which he did. She never volunteered this to anyone, probably because she didn't think she did anything special. Well, she was special.

She moved to Reno with her young family in 1979 and lived there until about 6 years ago. Linda was a volunteer instructor for the new nursing program at Truckee Meadows community College in the early 1980s. She was then appointed to the Nevada State Welfare Board, and served for several years. She returned to nursing in a local medical office for over 20 years. After retirement, she volunteered at St. Mary's Medical Center until moving back to North Texas, where she had extensive family. She was surrounded by family and devoted caregivers until her last moments. Linda died quietly at home, never complaining.

She was predeceased by her parents, Richard and Bess Williamson, and by a brother, Clifford Mack. She is survived by her husband, Steven G. Atcheson and children Nathaniel Atcheson and Katy Atcheson, sister Cheryl Glasgow, sister-in-law Jane Mack, son-in-law Darren Uhl, special friends Pearl Burrell and Christian Warren, and numerous cousins, nieces, and nephews. A private memorial service at her home in Double Oak was held the day before Thanksgiving. We shared memories, music, images, and prayers, and had much to be thankful for.

Mortuary services were provided by Distinctive Life Funeral Services of Plano, Texas. Their website is distinctivelife.com, and we would enjoy reading thoughts and memories from the many friends she left behind. Her ashes will be scattered on the Blanco River in the hill country of central Texas, where she spent the happiest days of her childhood.

Linda loved animals and supported every no-kill shelter wherever she lived. She would appreciate being remembered with a contribution in her name.

"I remember the first day that I met Linda, I came in for a job interview with Dr.Atcheson. Linda was working the front desk alone that day. My first impression of her was?Wow, she looks like a strong German woman, I don?t want to mess with her. I think it was her blonde hair coloring or something that gave me that impression. Boy, was I wrong when she spoke, it was clear that she was from Texas. She was very pleasant and I enjoyed working with her. The day I started working with Linda, she became a mentor to me. She had so much knowledge to share, she was so patient & willing to teach me the correct way to do medical billing, how to efficiently run a front office and eventually taught me the tricks to administering a quick painless injection among other front & back office duties. We worked together for almost 20 years! I never felt like I was I was going to work each day, but just going to my other home. The Atcheson?s became like family to me and the patients were like our extended family. It was the best place to work & we had so much fun together. One of the sayings I will always remember Linda saying is??Boy Howdy? with her Texas accent. It was a pleasure working with her and she will be missed. My heart goes out to her and the family and I hope that time will heal their broken hearts. "

"Though I did not know Linda Atcheson personally, I was well-acquainted with her husband, Dr. Steve Atcheson. I was very fortunate to have him as my rheumatologist. Because I lost my own wife, Colleen, in December, 2019, I can identify with what he is going through right now. I send my condolences to him and Linda's family. After reading her obituary, I can see why she was an amazing lady and will certainly be missed. Though time can heal some of the pain of her loss, her absence will always be felt--especially at times when families come together and celebrated their shared memories. I wish Steve the best as he trods into the future, and may everyone in the Atcheson family find peace and comfort in the coming days. Larry Struve"

"We fondly remember times together in Reno with Linda and Steve. There are good memories of going out in Reno, including with doctors and families from our medical practice. Our children grew up with Nate and Katy, and we all extend our condolences to you with the loss of Linda. Thinking of you at this difficult time. Ron and Linda Smith"