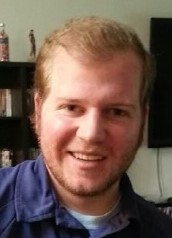 Warren Edward Sole, age 37, passed away peacefully on August 10th, 2021, in his home in Seattle, Washington.

Warren was born on May 15th, 1984, in Seattle, Washington. Always a Patriot, Warren enlisted in the Navy at 18 years of age shortly before graduating from Newport High School. Warren served honorably in multiple tours in Iraq and Afghanistan. During his service Warren earned several medals including the Navy and Marine Corps Achievement Medal as well as commendations for marksmanship and overseas service. He served his country and family with honor, pride, strength, and courage. His contributions to society will not be forgotten, nor will his mark on this world. After serving his country, Warren earned his Associate of Science Degree from North Seattle Community College and completed several courses related to computer science and technology at the University of Washington.

An avid Seahawk, Mariner, and UW Husky fan, Warren could always be spotted rooting for his favorite Seattle sports team. He also enjoyed spending time at his father's cabin in Entiat, Washington and especially loved caring for his young niece and nephew.

Most of all, Warren will be remembered for his outgoing personality, generosity, and kind heart. His many friends and family will dearly miss his warm smile, gregarious nature, and ability to engage anyone in conversation.

Warren is survived by his mother and father: Julie and Edward; his Siblings: Alissa and Taylor; his niece and nephew: Eloise and Lachlan, and countless other family members and friends.

Warren always strove to give back to his community and was an ardent supporter of several non-profit organizations including Icing Smiles, Wounded Warrior Project, and the VFW Foundation. In lieu of flowers or cards, please donate to one of these causes, of which he was very fond.

A celebration of Warren's life will be held in the Spring of 2022.