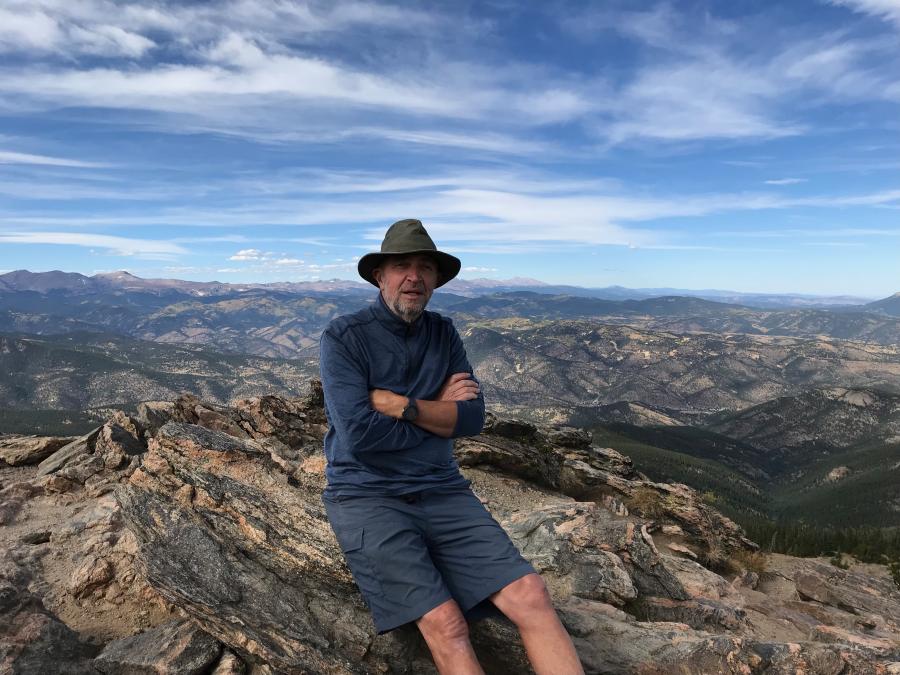 Gerhard Kremer, beloved husband, father, Opa, uncle, and friend, died at his home in Bradenton, Florida on Saturday, December 18, 2021 surrounded by his family. He was 67 years old. His death came just short of a year after his initial diagnosis of cancer which he fought with courage, grace, and dignity. He is survived by his wife of 45 years, Carla, son David (Krista), daughter Julia Simon (Carey) and grandchildren, Jakob, Isaac, Max and Mia. He will also be missed greatly by his extended family and friends across the U.S. and in Germany.

Gerhard was born in Limburg, Germany on January 13, 1954. He grew up in Niederbrechen, a small town of around 2,300 people. Gerhard was the middle child of five children. He often reminisced about his childhood in Germany during a time when he and his siblings and friends had freedom to explore and enjoy their small rural town and its surroundings with minimal supervision.

Early in his youth, his love for music and creating art blossomed. Around the age of 7 he attended a family wedding and sat down at a piano where he explored its keys. A wedding attendee observed this and told his parents he had a lot of potential and so they signed him up with a piano teacher and bought a piano for their home. He remained a lover of classical music for his entire lifetime and especially enjoyed playing improvised melodies by memory. His vision for art and drawing was also a talent that brought him joy from an early age. He was an amazing photographer as well. After his foundational education, he pursued his college degree in architecture.

When he was 16, he met Carla (14), who was spending a year in Germany with her relatives. It was love at first sight. Carla eventually settled in Germany with Gerhard after completing her education in the U.S. They married in 1976 and started a family. Gerhard was a devoted father to David and Julia. He loved playing with them, teaching them new things and making them laugh. Meanwhile, Gerhard’s reputation as a skilled architect grew regionally and he designed many homes near and around Limburg.

Despite his growing success, Gerhard was not afraid of new adventures. When Carla desired to move back to the U.S. to be closer to her family, Gerhard willingly agreed to immigrate with the family in 1983. He knew little English at first and also had to modify his career path in his new country. He eventually found employment with Abbott Laboratories where he had a successful 25-year career managing global projects. He and Carla lived in Illinois, California, Puerto Rico, Singapore and Germany before retiring in 2015. By the time of his retirement, he had traveled around the world frequently for business. He loved learning about new cultures, languages, and people. Although he was always proud of his German roots and never lost his German accent, Gerhard loved his life in the United States and considered it home.

After retirement, Gerhard and Carla divided their time between Colorado and Florida. He was proud of his children and their spouses. Recently, he was particularly pleased to have the whole family living in Colorado within driving distance. His four amazing grandchildren meant the world to him. They loved their Opa unconditionally.

Gerhard will be remembered for his humor, love of golf and easy-going approach to life. He loved reading, hiking, watching German soccer, spending time with Carla, and doing endless projects around the house. He had great friendships and will be missed by many outside the immediate family. His family will feel the depth of their loss even as their lives move forward, as he wished them to do after his death.

In lieu of flowers, memorials will be appreciated to The American Cancer Society (cancer.org) or a charity of your choice.

"We are so sorry to hear about the loss of an extremely wonderful neighbor. Years cannot diminish the memories. Our prayers and love go to all of you. Love, Maureen and Bob Schuh"