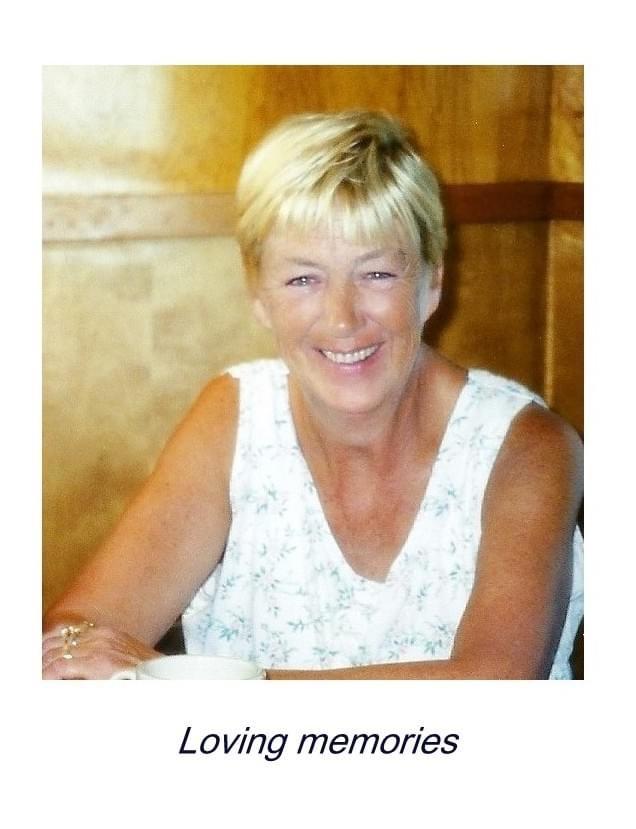 Emma (Brant) Bickford
“Auntie Em”
Emma, 76, of Bradenton, Florida passed away on December 15th after a year long battle with COPD and lung cancer.
Emma is survived by her best friend, lifelong partner and husband, Robert “Bill” Bickford. Bill held her hand and kept her smiling up to the very end as he provided the 24/7 care Emma needed during this difficult season of illness.

Bill and Emma spent their retired years as residents of Florida enjoying the sun, warm weather, friends and family. Emma was involved at the local club house where she had developed many friendships in her community. She attended the local Bayshore Community Church.
Bill and Emma spent the greater parts of their lives residing in Portland, Maine where they raised their four children Jeanie (Bickford) McClellan, currently of Augusta, Maine, Robert Bickford Jr, currently of Portland, Maine, Bonnie (Bickford) Adams currently of Windham, Maine, and Daniel Bickford currently of Augusta, Maine. Emma was originally born in Kingston, New York by her predeceased father and mother, Charles “Charlie” Brant, and Emma Moss Booth (Noble) Brant.

Emma was for the most part a homemaker. Her husband felt value in having a parent home for the children and therefore Emma did not engage the workforce until her children were grown. During her working years she was a waitress in a local breakfast cafe, served in a sew shop in Portland, and later spent many of her years until retiring, at the former Bradlees in Westbrook.

Prior to marrying Robert, Emma and her Brant family were part of the Salvation Army where they spent many years serving the public, ringing kettle bells and helping those in need. The Brant’s heritage in the Salvation Army extends back to family of England. To this day, the family line has Christian faith filled roots and family ties to the Salvation Army.

Emma was fun loving and always had people laughing and smiling. Her laughter was contagious and at times uncontrollable, especially in the presence of her nephew Charles “Chuck” Brant or his dad Arthur.

As a homemaker Emma was a great family resource and often helped care for her nieces, nephews and children of friends whose parents worked. Her house was often full of people and there was always plenty of home cooked meals to share.
Even to the end, in her time of illness was Emma smiling. She was strong and vigilant and put up a heck of fight, hanging on to her husband of over 50 years and wanting nothing more but to enjoy the presence and conversations with her family.
A small celebration of life gathering was held on Saturday in both Maine and Florida. A time of remembrance will transpire in the summer at the Veteran’s Cemetery site in Augusta, Maine.

In lieu of flowers, donations of honor can be made in Emma’s “Brant” family name to the Salvation Army at 297 Cumberland Avenue Portland, Maine or to their current local Salvation Army at 1204 14th Street West, Bradenton, Florida 34205.
The family would also like to extend a special gratitude to the many nurses and physicians who took special care in this last year at Manatee Memorial Hospital and the Bradenton/Sarasota Cancer Center and allowed the families to spend as much quality time during as possible this last year with Emma.