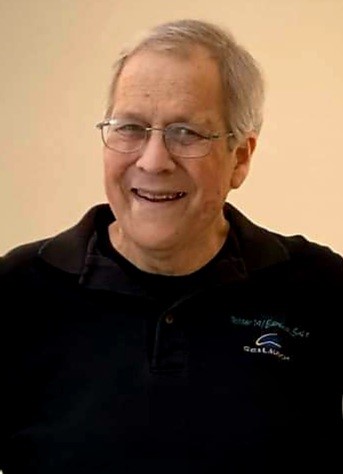 Musician, carpenter, mechanic, Air Force veteran and rocket scientist, Richard James Walker of Bothell, Washington, passed away on December 16, 2021, at the age of 70. He passed away peacefully after a courageous 17-year battle with cancer.

Richard was born on April 22, 1951, to Collier and Katherine Walker in San Antonio, Texas. He moved to southern California during his youth fostering a life-long love of water. He loved surfing, swimming, fishing or just walking on the beach; anything to be close to the water. After graduating from Fountain Valley High School in California, he relocated to Seattle with his family; where he would meet his wife Shirley at Andrews Coffee House (his band was playing) in 1971. Richard and Shirley were married in 1973 and went on to have two sons, Daniel and Benjamin.

A modern-day renaissance man (imagine Michelangelo mixed with Steve Taylor, Bob Villa, Chip Foose and Monty Python) who wore his heart on his sleeve and loved people, Richard was equally as likely to take up a new occupation as he was to strike up a conversation with a stranger. Much to the chagrin of his family, this conversation would often leave them stranded in a grocery store isle or gas station until he could write the biography of his new friend. Anyone who met Richard was touched by his Texas-style kindness, witty sense of humor, mild temperament, and positivity.

He was a sponge for information, usually technical in nature, with a drive to understand how things worked and repair them (most of the time) when they didn't. He coupled these traits with his training in the Air Force to have a successful career in the aerospace industry, specifically working with satellites. His military and civilian careers took him, and his family, around the world, resulting in moving over 32 times after he married Shirley.

Richard had many hobbies and interests, which were as varied as his long, long, long, long list of occupations. Singing and playing guitar, woodworking, skiing, traveling, trying new foods, and motorcycle riding were a few of his life's pleasures. However, all these hobbies were overshadowed by the passion and energy he put into loving his grandchildren, Lauren & James. Although they lived across the country he stayed up to date on the latest happenings through social media, telephone calls, video chats and as many visits as possible. The visits would often last weeks, and he would take every opportunity to drive them to and from school or other activities, submitting them to countless grand-dad jokes along the way.

He is survived by his loving wife of 48 years, Shirley, two sons Daniel and Benjamin, Daughter-in-law Jennifer, two grandchildren, Lauren and James and more than a dozen nieces and nephews. He is preceded in death by his father Collier, his mother Katherine, his brother Collier "Tex" Jr., and his sister Marilyn Thompson.

"I have fought the good fight, I have finished the race, I have kept the faith. Now there is in store for me the crown of righteousness, which the Lord, the righteous Judge, will award to me on that day...." 2 Timothy 4:7-8

"Condolences to Shirley, Dan and family and Ben. So sorry for your loss. Love and prayer. Aunt Mary"