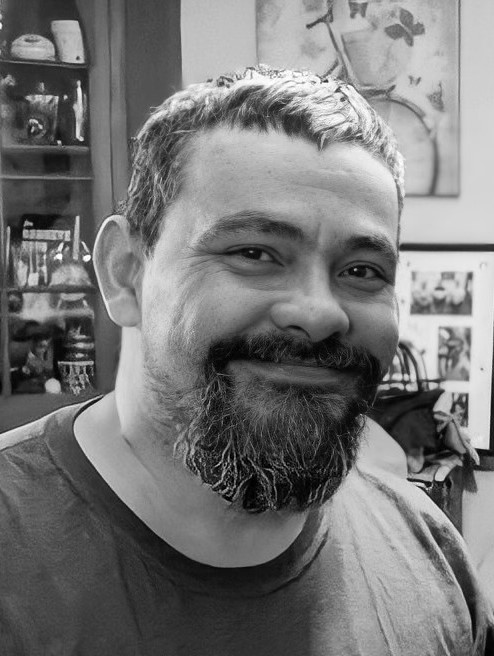 Family services are being planned for a later date. Condolences may be expressed online at www.amesmonument.com.

David Anderson was born July 30, 1977, in Denver, Colorado, the son of Mark Anderson and Barbara Rael. On June 3, 1998, Dave was married to Kara Johnson and was blessed with two children, Tristan and Taryn. The couple later divorced.

After his divorce, Dave met Sara Brekke and they became parents to Alexander and Allyson.

Dave was employed as a heavy equipment operator at On Track in Nevada, Iowa, since its inception in 2017. He was a hard-working man who possessed a strong work ethic. His selfless attitude and willingness to help anyone in need will be remembered. Dave enjoyed gathering with his buddies at Malibu in Jewell for a good game of poker as well as time spent bowling with his children at Perfect Games in Ames, Iowa.

Survivors include his children, Tristan Anderson and Taryn Anderson, both of Story City, and Alexander "Alex" Anderson and Allyson "Ally" Anderson, both of Nevada; his mother, Barbara Aguilar of Longmont, CO; special friend, Jessica Ellis and her daughter, Promise of Jewell; and four brothers, Tim Rael, Cedric Rael, Aaron Rael, and Mark Anderson, Jr., all of Colorado.
He was preceded in death by his father, Mark Anderson, Sr.

Ames Monument & Cremation Center has been entrusted with the care of Dave and his family. In lieu of flowers, memorial donations may be directed to a GoFundMe page set up in Dave's memory: www.gofundme.com.

"I will miss you Dave we had some fun times, driving gravel roads spotting dogs that weren't there.. lots of great memories and long talks. You had a zest for fun and adventure even though all your ideas weren't great you made all them sound fun. Thanks for all the times and all the people you introduced me too. I will remember you with a smile on my face and not a bad word about you will ever be said cause I think you are fabulous in my eyes. RIP my friend.. Until we meet again.. Friends Forever Deanna...."

"My thoughts and prayers are with Dave's family. Dave was a hard working person who cared for his children with all he had. He was always willing to help others and will be missed by many. Claudia Atkinson"

"My brother in law David was such a kind hearted man. When heard the news of our daughter Jennifer diagnosis he reached out and also created a go fund me pade to help in anyway he can. He may not have been here in Colorado but he let us know of his love and support. I will be forever grateful for all he has done for his niece Jennifer Rael. David, you will be missed terribly. Fly high and soar David "