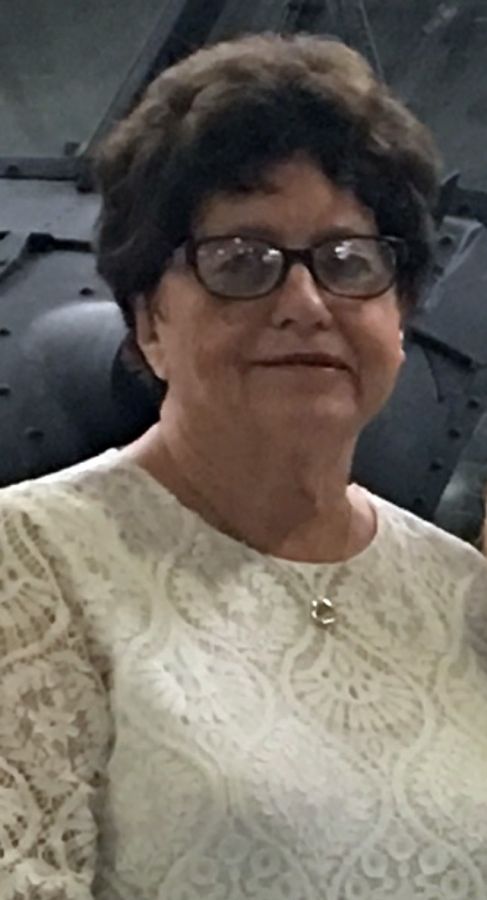 Rowena Maurine Facer, age 83, passed away Sunday, January 2nd, 2022 after a short stay at the Maple Springs Assisted Living Facility in Brigham City. Rowena was born on July 21st, 1938, to George and Maurine Williams in Brigham City. Rowena was the oldest of three children followed by her bother Roger William and sister Margie Williams. Growing up in small town Brigham City made for a wonderful childhood according to Rowena who over the years shared stories of spending time with her grandmother Alice Olson of Inkom, Idaho at the local Idle Isle candy store. Rowena graduated from Box Elder High School in 1956 where she met her husband Jarvis B. Facer of Willard City. They married on January 29th, 1960 in San Luis Obispo, California where Jarvis was serving in the US Army. The two were later sealed in the Logan Temple. During Rowena's early years of marriage and motherhood she enjoyed working at the Box Elder County Bank as a Bookkeeper in the mid 60's and early 70's. A short time after her fourth child Sydnee she became a stay-at-home mother making sure her children were always greeted with open arms after school. Between filling the roll of a wonderful soft loving 'mom' Rowena did make time for herself as a member of the Willard 1st Ward Relief Society and held some callings. Rowena was a surprise competitor when it came to one of her other hobbies, bowling, which she was a many years' league member with her girlfriends. Rowena and her family could regularly be found enjoying a good meal at the Utah Noodle which was her favorite restaurant. Rowena loved to travel and enjoyed staying at the Beach House in Yachats, Oregon watching the waves. Rowena also was known to frequent the slot machines at any Casino she could catch a ride to and it was here many would observe a very rare scream of joy when the "Triple Sevens" lined up across the machine. Rowena really enjoyed shopping with family. Rowena also regularly played Pinochle at the Brigham City Golf Course with friends. Rowena always looked forward to the annual Facer Family Reunions at Wade Lake, Montana. One of Rowena's most memorable moments in her life was her surprise "80th" birthday where the Mayor of Willard City and Box Elder County Commissioner attended along with her many families and friends. After her husband Jarvis passed away in 2017 Rowena moved to Mountain Home, Idaho to live close to her daughter, grandchildren and great grandchildren. Rowena could regularly be seen sitting out on her front porch with Sam her dog. Rarely was there a week that went by when Grandma Facer was not at a family dinner table or shopping with her daughter Sydnee or her great granddaughter and spoiling great grandkids. Rowena's favorite time of year was definitely Christmas where she started buying "many" gifts early in the summer for next year's over-the-top Christmas. Rowena was preceded in death by her parents, George and Maurine Williams, brother Roger Williams, sister Margie Williams Gundersen, husband Jarvis B. Facer son Ricky Jarvis Facer and daughter Julie Facer Schlickeiser. Rowena is survived by her son, Kelly Facer (Cindi), daughter Sydnee Facer Podesek (Stan) along with 7 grandchildren, 9 great grandchildren and Sam her spoiled dog. The family of Rowena would like to thank all of the very wonderful staff members at Maple Springs and Hospice who assisted in making our mother as comfortable as possible prior to her passing.
In lieu of flowers, please make donations to the Acts Six Soup Kitchen, 589 S 200 E., Brigham City, Utah 84302
A viewing will be held for the public on Saturday, January 8, 2022 from 10:00 to 11:00 a.m. Followed by a private family service at Gillies Funeral Chapel, 634 E 200 S., Brigham City, UT. Interment will be in the Willard Cemetery.
Send condolences to www.gfc-utah.com
Click this link to view additional details about Rowena's Services, including any available live streams: https://my.gather.app/remember/rowena-facer