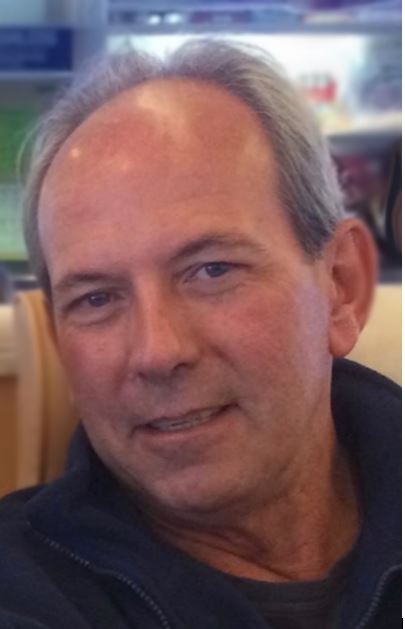 Curtis Lee Steelman passed from this life at his home in Maple Valley, WA on December 21, 2021, at the age of 64. He was born in Lindsay, CA on April 11, 1957, to the late Bill and Elwanda Steelman. He was the oldest of five siblings.
Curtis was a devoted husband to Cindy, she was the love of his life. They were married almost 22 years - he called her HoneyBunny or HB. He was a very loving person and would talk with anyone. He touched a lot of people through the years. Curtis was a faithful servant of God who loved studying the Bible and teaching at the Glory House in Kent. He also had a love for golf. Although he didn't think he was very good at it, he loved to get out and hit a few! He also loved genealogy and looked forward to family reunions reminiscing about times past.
Curtis was a very talented person and could do just about anything. He was an electrician by trade and was a member of the International Brotherhood of Electrical Workers. He traveled in his job and lived in many different states - it would be easier to list the states he had not lived in. Wherever Curtis went the one requirement was to live close to the local church; he rarely missed a service. He had many church families across the states, and they were all praying for him during his illness. He was very blessed and thankful to all his brothers and sisters.
Curtis is survived by his wife Cindy; daughter Ashley Coffman of Prosser, WA; two stepsons Matthew Kovarik (Samantha) and Jonathan Kovarik (Laura) both of Covington, WA; and five grandchildren Mackenzie, Jackson, Brianna, Bennett and Kingston. His grandkids were the highlight of his life, he loved them so much. Curtis is also survived by his sister Brenda Gee (Ivan Jr.) of Amarillo, TX, and several nieces and nephews. He is preceded in death by his parents Bill and Elwanda, brothers Clinton and Clayton, and sister Linda Berry.
There will be a memorial service at the Springbrook church of Christ in Renton, WA on Saturday, January 29th, at 11:00 a.m. with a luncheon to follow. In lieu of flowers you may donate to the Christian Courier in Jackson, TN.

"I met Curtis when I started dating my wife at his congregation. He came up and started asking me questions about myself and my family and it wasn?t awkward or nosy at all but completely genuine. He genuinely wanted to know about my background. I was floored at his authenticity. It turned out that my grandma and his aunt were best buddies in their home town of Gold Beach, Or. small world in the church. Curtis is home safe in the arms of our Lord and no longer in pain but he will be dearly missed. He was a kind funny compassionate man who loved on people and helped regularly. His communion messages were great and I will miss him. "