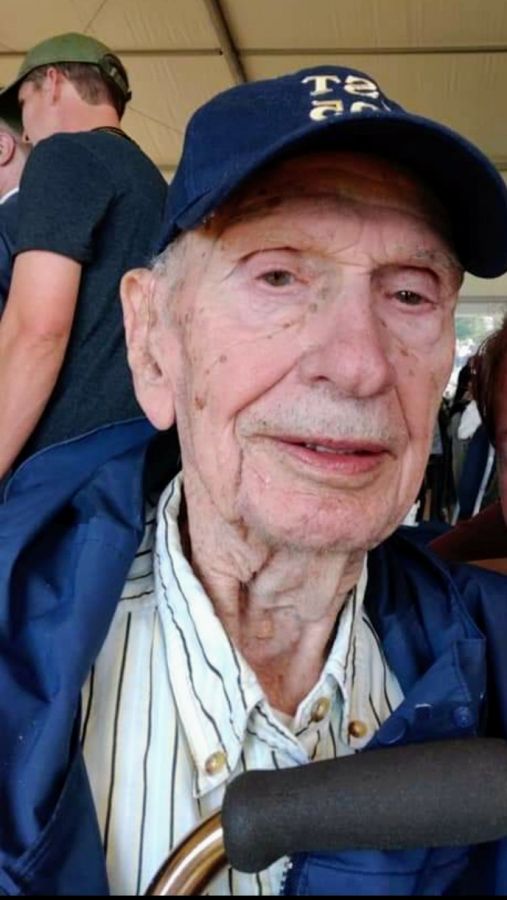 Carl E. Petersen USN (Ret), age 96, of Portsmouth, RI, passed away peacefully on January 4, 2022 at home with his daughter by his side. He was the husband of the late Helen (Aguiar) Petersen.

Carl was born in Omaha, Nebraska to Carl and Alice (Green) Petersen. He grew up in Mason City and enlisted in the Navy for World War II. He served during the war on the LST 495 engaging in battles from Normandy to the Pacific theater, and was in fact tied up to the USS Missouri for the surrender of Japan 1945. He entered the Navy Reserves but was soon called back into Active Duty for the Korean War and remined active through the start of the Veitnam Conflict. His Navy service brought him through Europe, Africa, India, the Panama Canal, and throughout the South Pacific. Carl was stationed on LST495, the USS Farragut and the USS Picking and concluded his career stationed at the Naval War College in Newport. He retired in 1975 after 30 years of combined service, with the rank of Quartermaster Master Chief.

Not one to sit idly in retirement, Carl returned to school and completed his Bachelors Degree and worked for several more years at McLaughlin Research in Newport. He was an active member of the American Legion, VFW, the LST Association, and was a 32 Degree member of the Masonic Lodge.

Memorial Donations may be made to https://www.woundedwarriorproject.org/

"Carl and Helen had a profound influence on my life and the life of my family. They had emotional intelligence ahead of their time. Carl in the pride he had for the family he chose, he would never belittle or undermine his whole hearted ability to love, the way he always was willing to help and wear his heart on his sleeve. Helen once told me she chose a husband with the best attributes of her children and for that " those @ssholes won't get along until I'm dead and gone and when that moment came ill be smile down from heaven knowing I made the right choices. As a newly divorced single mother those words helped me and my family find the happiness they deserve. God speed Carl you were a great man and for that my family and I will be eternally greatful."

"What a blessed life, of an actual American hero, who lived a life of class, through 96 long years. My condolences to his family. Respectfully Chaplain Roberte Neville"

"Thank you for your service Master Chief! May you rest in eternal peace. Sincerely, The Doherty Family ?"

"I work at the hospital and I met Carl there, he is a amazing person and a pleasure to take care of he will truly be missed my condolences "

"Sorry for your loss Bill. My prayers a d thoughts are with you during this time of sorry. Lenny Levesque "